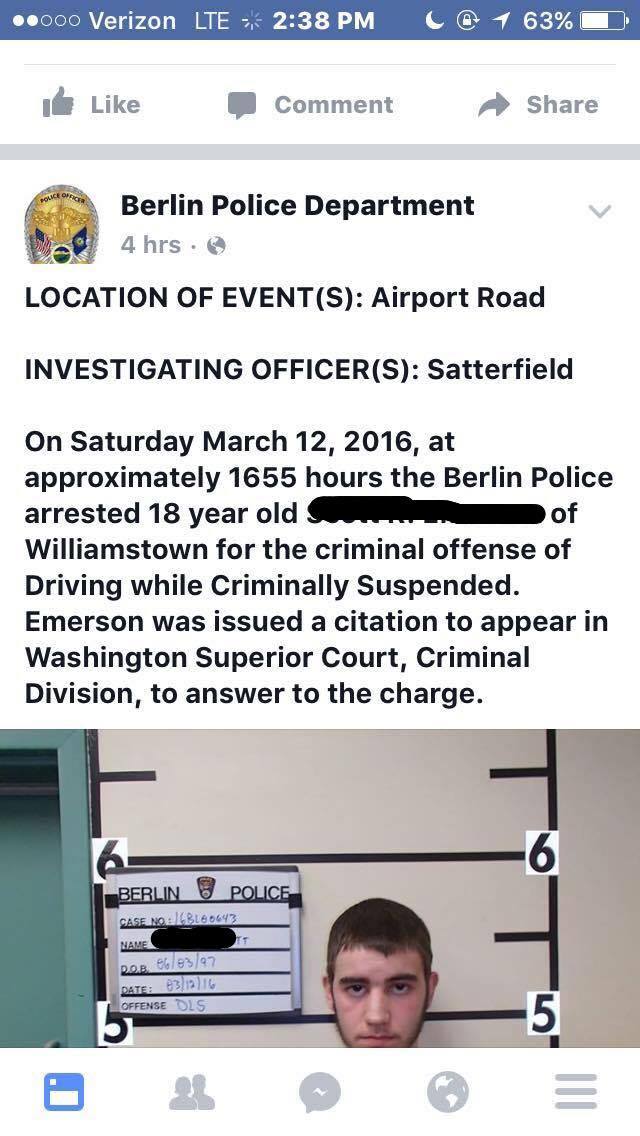 “I love my job for the most part. But it has its ups and downs.”

“The page is being used  for community outreach,” Mitchell said. “Things like road closings, weather advisories, and events around the town.”

But alongside road closings and simple announcements there are other posts that include mugshots for people arrested in Berlin.   The mugshots’  captions include the crime the person committed, their height,weight, and town they live in.

Like all Facebook pages, the Berlin Police page allows for comments, and some of the comments posted by the public on mugshots have raised concerns.

“Maybe you can find her at McDonald’s or Burger King,” one comment said, making fun of a girl’s weight.

Another comment about a Walmart shoplifter: “It’s like three dollars for a piece of jewelry. How desperate can you be?”

About another overweight suspect: “She looks like a man.”

About heroin addicts:  “What a pair of scumbags!”

That’s only a few of the questionable comments that were posted. 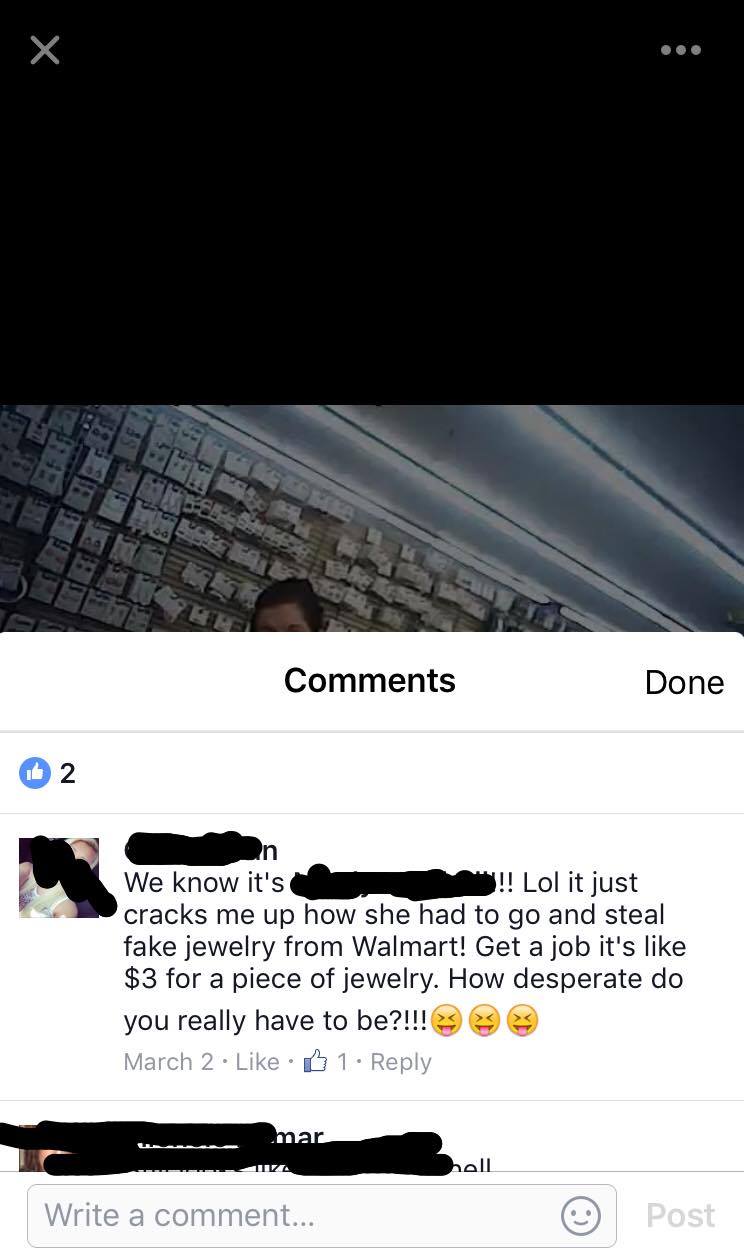 Many residents appreciate the information on the site because of the recent uptick in crimes. “I’ve lived In Berlin for 57 years, which is almost all my life, and the crime rate is climbing,” Berlin citizen Ryan DeGray  said. “I think the town and other people around deserve to see these things happening and know the people they live around. People have kids and it’s not safe anymore.”

Other people aren’t sympathetic to the people in the mugshots. “They’re criminals. They deserve the nasty comments,” siad Barre resident John Patrick.

But, Monica, a citizen of Berlin, sees the page as violation of people’s rights.

“I think they do a good job keeping the public safe, but posting the mugshots is an invasion of privacy.  It gives people reasons to be nosey.”

“If they have a face shot from a security camera, from an unsolved crime, that’s a reason to post a picture,” Houston said.   He said that WCAX, a Vermont news channel, also shares photographs to receive information.

For example, on April 25th a man snatched a woman’s purse from her shopping cart at Shaw’s in Montpelier.  WCAX posted a description of the ‘alleged purse snatcher’ and a surveillance photograph that was taken.

For Houston, it’s reasonable for the media to share images to help identify criminals, but that’s different from the Berlin Police facebook page.

“Here’s where I would draw the line,” Houston said. “I would not post photos of somebody who is already busted.”

Riley Flynn, a junior at U-32, considered the photos as a question of privacy.  “I’m sure the mugshots aren’t private– I feel that if they can post the photos online you could probably go to the station and get a mugshot.” 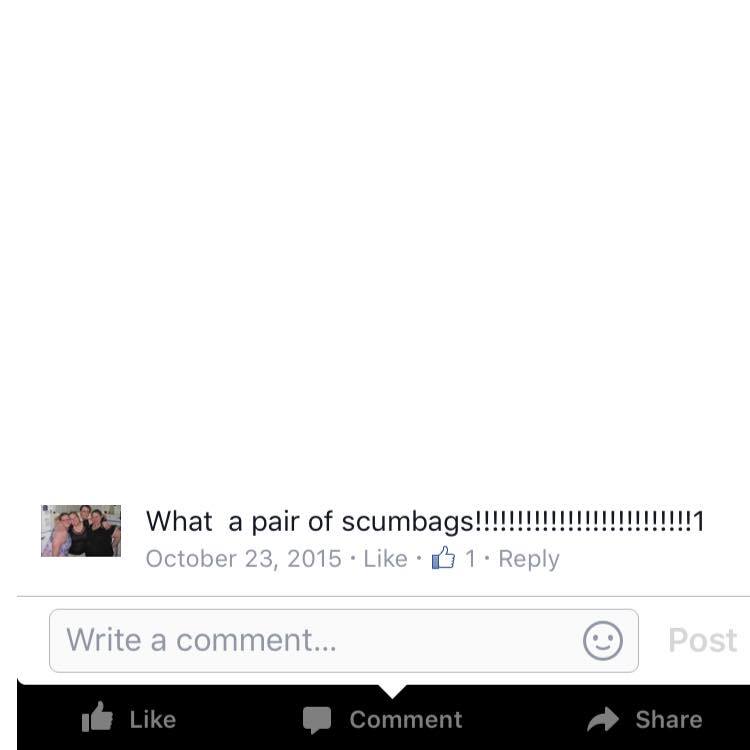 But he has two opinion’s on the matter.

First, “If I could see the face of someone who was in jail for a crime, maybe that could help someone in the future.”

Flynn thought the photos could be public, but “…probably not on Facebook. It’s probably not a good media to use the shorts in. I think there’s no point to the comments either. People are just being mean to these people who’s lives are obviously already messed up because they’re bored. I really don’t see a point to it.”

Officer Mitchell said the Facebook page will be changing. “The select board who oversees the police department received a lot of complaints from town members about it and decided to change the policies.” he said.  The policies have not been detailed or completely decided but no more mugshots have been posted and all have been removed.

When it comes to a criminal’s privacy, where is the line?

Should the police have the right to share private information and photographs?