Senior Saga Part 1: Can A Discussion Save The Senior Lounge? 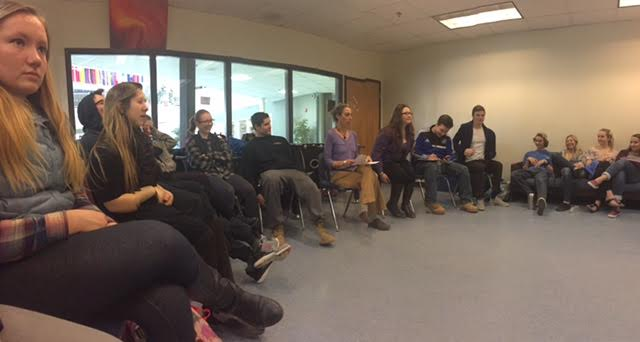 “People are ruining something that we have been waiting for for 4 years. The Senior Lounge should be respected, and it’s not. It’s really unfortunate,” said senior Krista Towne.

Twice in the last two weeks, the senior lounge furniture has been rearranged in order to accommodate the restorative process circle.  Over 20 seniors  participated. This circle was brought on by concerned seniors who have watched their lounge shut down twice.  The first time the lounge was locked up, garbage was on the floor, and people had dumped drinks, unwilling to pick them up.

Senior Ben Parrotte is tired of cleaning up. “I spent most of my bands cleaning up after other people, whether it was trashing their food or picking up scrap pieces of paper on the ground,” he said. 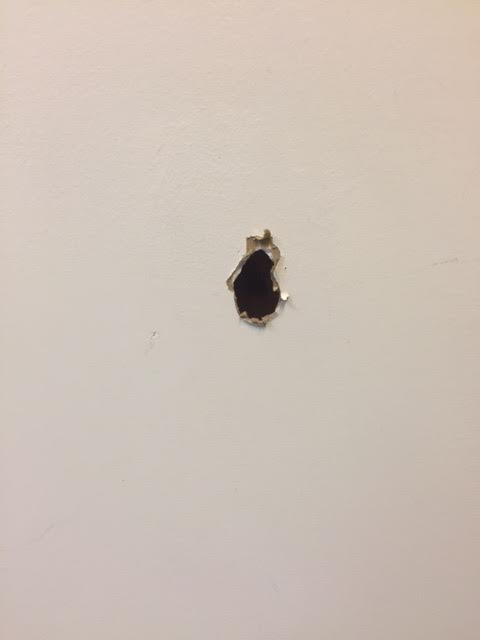 Damage to the lounge went beyond messes.   Holes were found in the walls, magic marker was drawn on the wall, inappropriate posters were hung up and a student used a vape pen in the lounge.

To find a solution, assistant principal Jody Emerson and guidance counselor Ellen Cooke have facilitated callback sessions to figure out a policy that will best justify the future consequences.

Jody Emerson started off the circle by stating the reason why it has come to this point:

“A lot of rules were broken.”

Everyone was given a chance to speak as Ellen passed around a talking ball. Seniors shared the reasons they were there. Some said they saw the damage happen, others said they participated in the behavior.

The mood was tense in the room as students interrupted one another when disagreeing with an idea. This was the case when Ben Kaplan said, “The whole senior class should be held responsible for what happens in the lounge.” Immediately, ten hands shot up around the room and mumbles from frustrated classmates were heard.

Senior Shelby McManis responded, “It depends on the situation. The class should be held responsible when trash is left continuously on the ground, but if an individual decides to disrespect the lounge on their own and people can’t control them, then they should be punished from the lounge singularly.”

That seemed to be the agreement, as students nodded their heads around the circle.

The RP circle continued to be a mix of emotions as students glared at each other and others lost focus, as they were having side conversations. Krista Towne found herself frustrated, “I don’t think the meetings are working because a lot of the same people talk and they repeat the same ideas all the time, and it doesn’t seem like a good use of time when no one can decide on a solution,” Towne said.

Ellen saw the process in a more positive light. “‘What I like about this particular circle is that the subject matter is charged with a lot of energy and emotion. I appreciate that folks are willing to stay in the process even when some didn’t want  to. In that regard, circles work well because everyone can see each other. Everybody has equality. We have it in a sequential circle so you take the talking piece and pass it along, so it allows everyone to listen.” 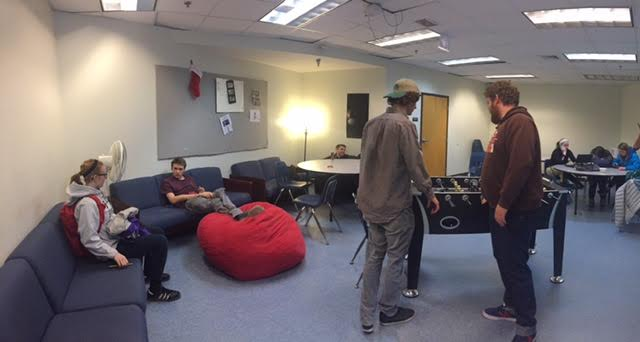 After the two sessions, it was decided that the seniors would have a ‘clean slate’ moving forward. Jody and Ellen are still working with the seniors to find a punishing system on whether it should be individually or as a class.

The next step in the process is to get feedback from more of the senior class.

“Jody was going to send out a survey that she created and take that information and use it as a format. From what I heard yesterday it sounds as if students want this to be resolved soon,” said Ellen.

Many students have been questioning whether this would be the last year of the senior lounge, since it has caused many problems and drama.

Ellen cleared this up by saying, “Each year is a new year. What’s affecting this year’s senior class won’t necessarily affect next year’s senior class. What will happen is that each year those seniors will have to come up with several rules to abide by in the lounge.”

Jody has since sent around a google form that allows students to write down rules that they believe will most help the lounge to remain open.

“We need to stop being arrogant and start working together so that we can keep this lounge open for the last two months of our senior year. Its up to us,” concluded Parrotte.