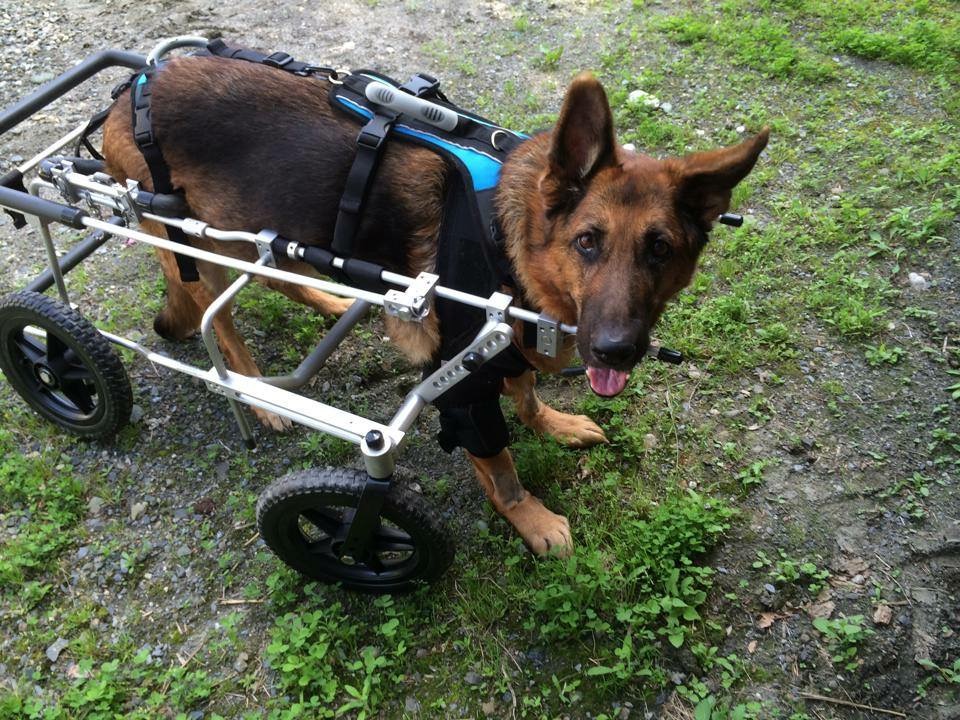 Gabby was a beloved German Shepherd at the Almost Home Dog Rescue, located in Berlin, Vermont.

Before she was transported to Vermont, she lived in Florida, where she was used as a breeding dog until she reached the age of five.

Sindi Blanchette, owner of Almost Home Dog Rescue, said    “After she was no use to the owners, she was kept in a kennel too small for her size.

Gabby was brought to Miami Dade Animal Shelter with developmental issues with her back legs. The shelter had set for her to be euthanized.” Sindi doesn’t euthanize her dogs, she says.

For three years Gabby lived at Almost Home with a wheelchair and lots of treatments, until she passed from her multiple ailments, mostly a staff infection. 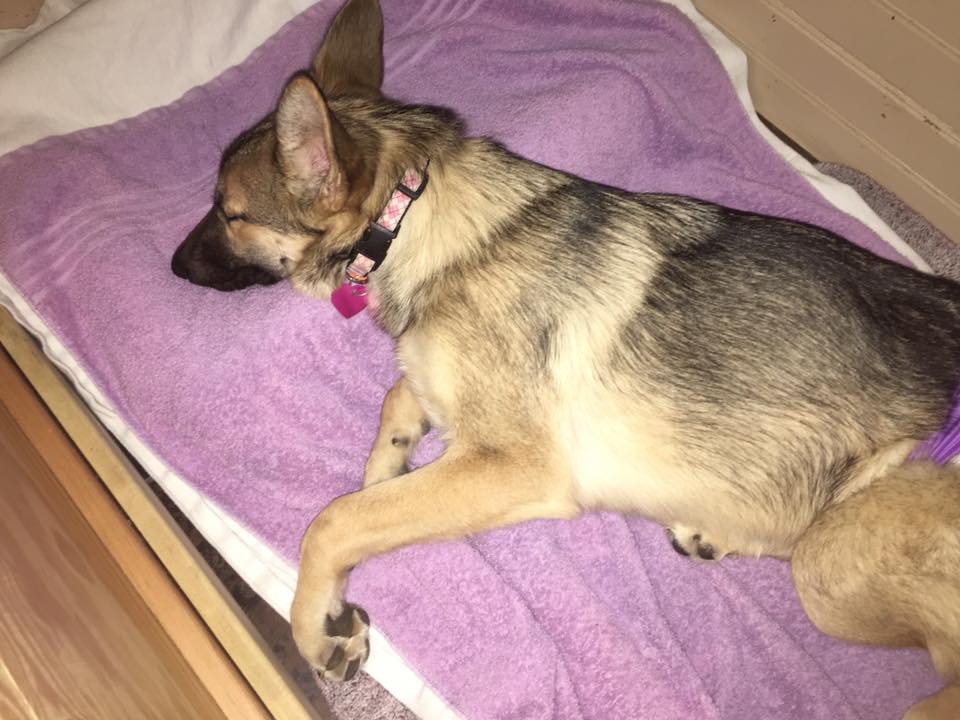 Although nothing can ever replace a lost loved one, Sindi seems to believe Gabby is still with her. Last December, a friend of Sindi’s shared a facebook picture to her about a dog in California, a German Shepherd with back leg deformities.

“I’ve never taken a dog from California; most of my rescues are from Florida or the East Coast.”

The dog’s name was Maggie. Her back legs were deformed and she was self mutilating. When she was dropped off at the shelter they didn’t have enough information to say if it was a genetic problem or if it was inflicted.

“Maggie was a German Shepherd just like Gabby and she had some of the same problems. The only difference between Gabby and  Maggie was that Maggie couldn’t control her bowels.”

The cost of just transportation was 650$. “So far we have spent fifteen hundred on this dog and there’s so much more to come. It really helps that our vet gives us discounts. They are donating part of their services to us for free.”

“When Maggie arrived, “ Sindi said, “I looked at her and I thought she looks just like an angel, from there we named her Angel.”

Marcie Hawkins, a close friend of Sindi’s, said “To these dogs SIndi is a hero. Kind-hearted and amazing. I could only wish I could pull off the things she does for these dogs.”

Every night the dogs eat chicken, which is why the donations really help. Eighty pounds of chicken goes out every night.
“When Gabby died I felt so lost, but I do believe Gabby is guiding Angel. When I look at Angel I can see Gabby. Maybe it’s not physically Gabby, but she’s there. I  just want people to love their animals. They are more than just a pet they need love too.”