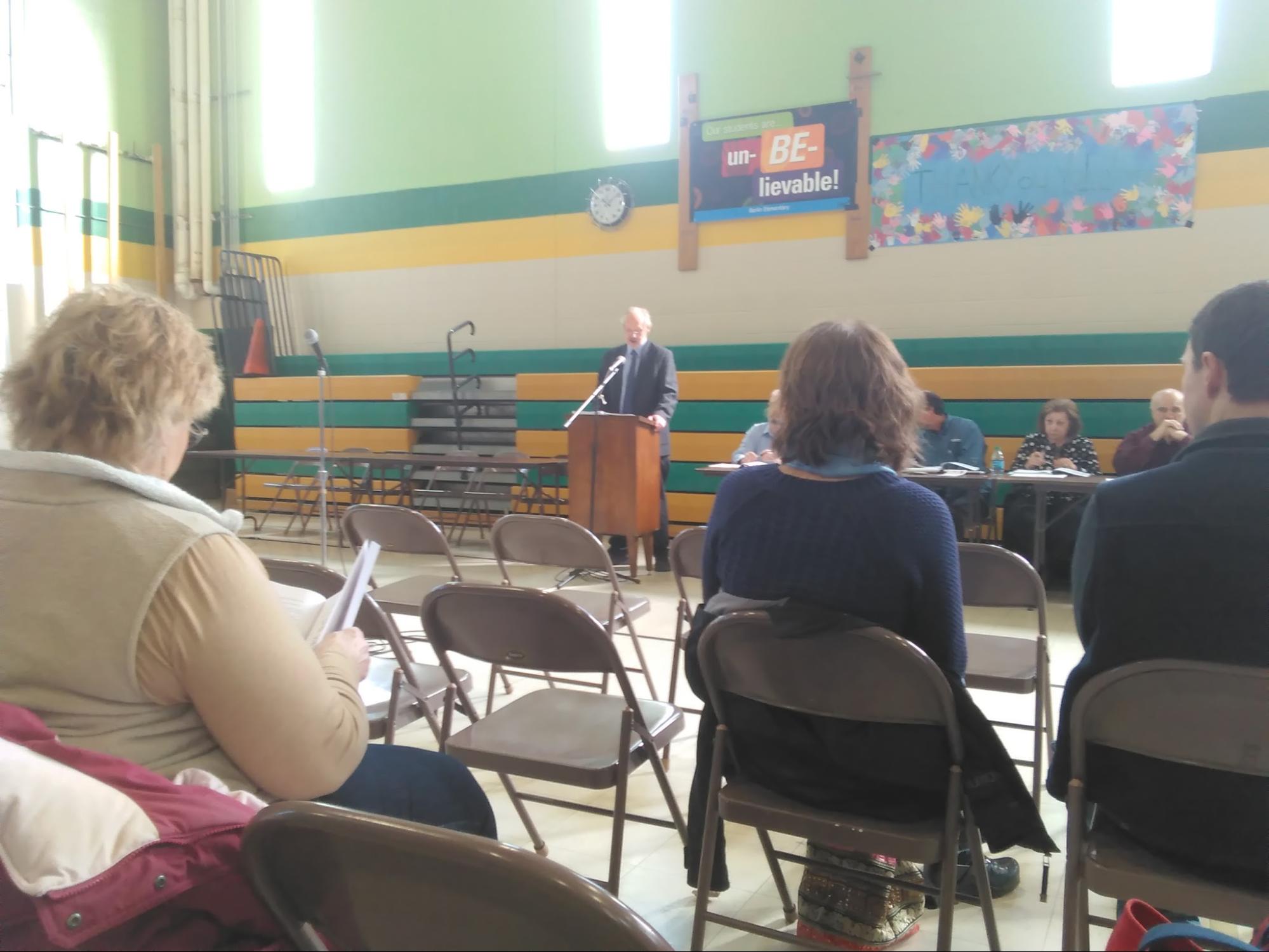 Town meeting has been a Vermont tradition for more than 200 years. Traditionally, the majority of a town’s voting citizens would meet on the first Tuesday in March to vote on the policies of the town in a large group discussion. These discussions would include whether or not to allow a budget to pass, give money to local businesses, or even fix roads.

Recently, the Berlin town meeting has been pushing more and more topics to the Australian ballot method, where voters would enter a voting booth, and vote yes or no on several topics. This has created a hybrid town meeting, where some of the voters show up to vote, and don’t join the discussion, while others stay and discuss the topics that were not pushed to the ballot method.

For example, there was in-person voting for the next Town Meeting Moderator, to hear the reports from the town officers, and whether or not to give The Grange, a public meeting spot, tax exemption. This year the moderator was Paul Gillies, who was re-elected for next year.  The Grange was given 5 years of tax exemption.

Paul Gillies said, “The challenge is finding the balance between having the most votes, and having the voters informed.” 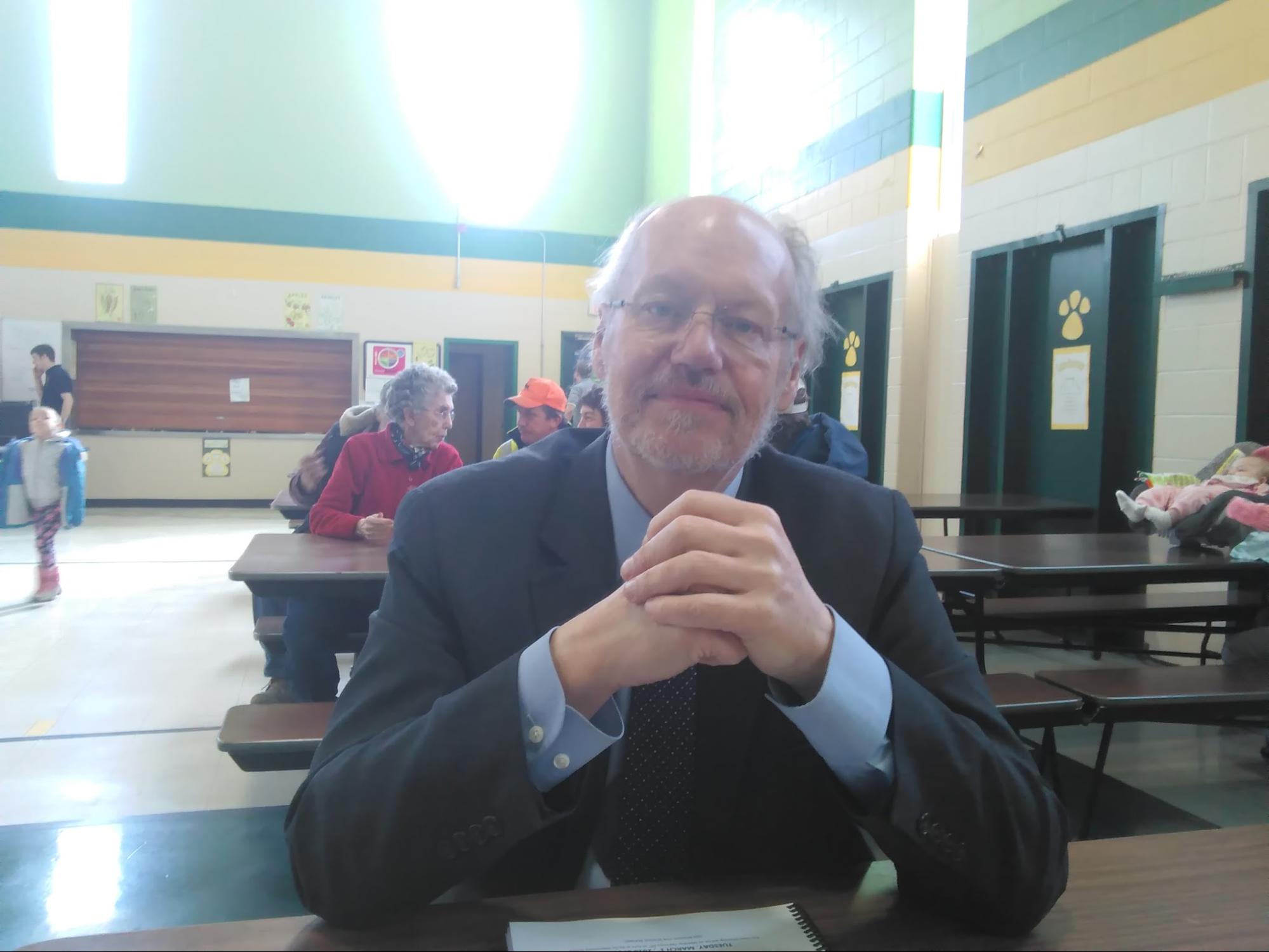 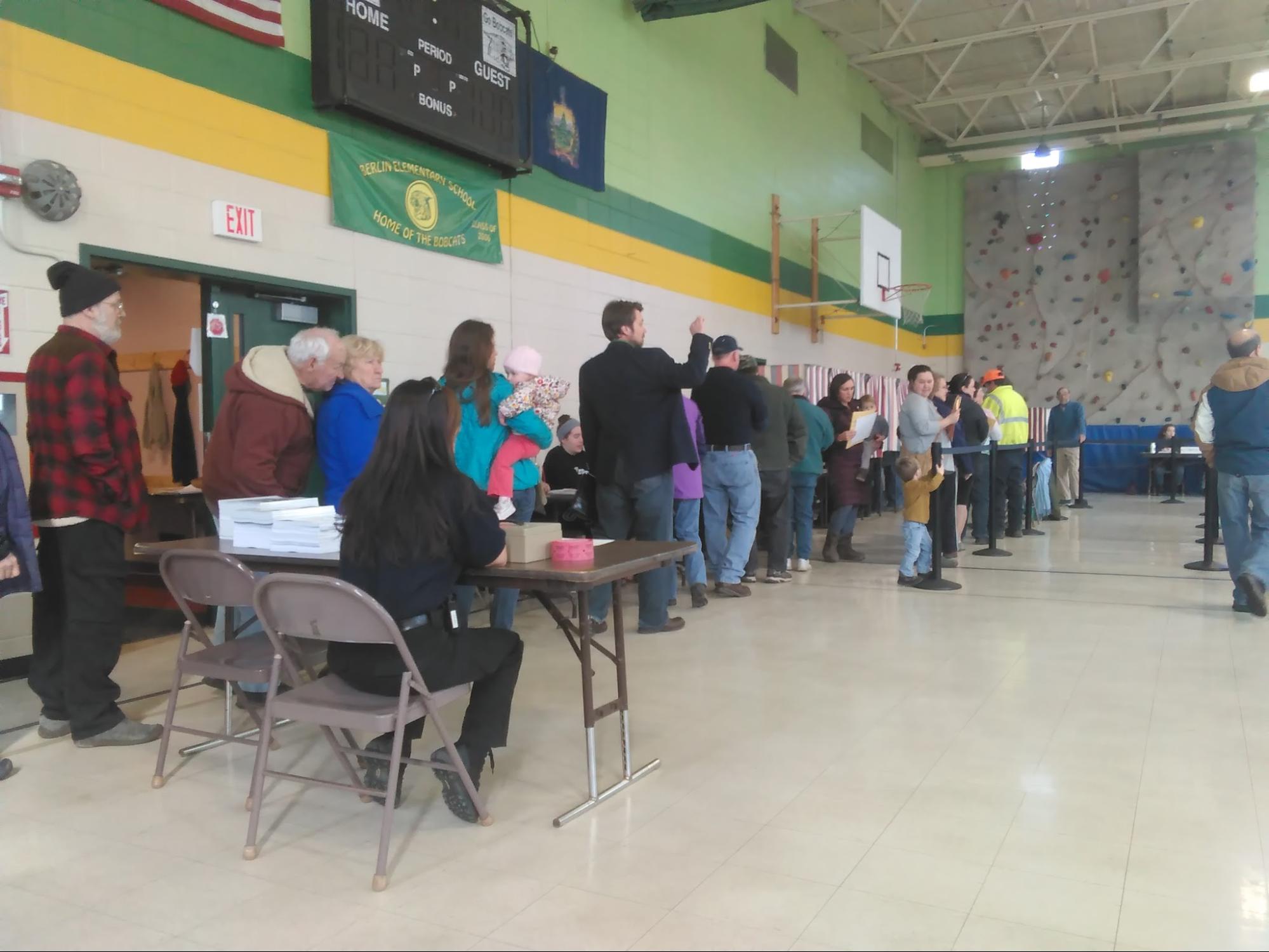 Voters waiting for the Australian Ballot

Mike Stridsberg, a voter who attended the town meeting said. “It depends on the issues.  I personally think that we have moved too many things to the Australian ballot, and I feel that the money issues should be discussed, or even debated.”

U-32 Principal Steven Dellinger-Pate said, “I prefer the Australian ballot because it allows a lot more people the opportunity to vote.”

He also said, “I came to see what my town is up to, and to have my voice heard.”

The results of the Australian ballot can be found here: http://www.berlinvt.org/wp-content/uploads/2016/03/2016-Town-Meeting-Results.pdf

The topics voted on can be found here: http://www.berlinvt.org/wp-content/uploads/2016/02/Warning-and-Notice.pdf