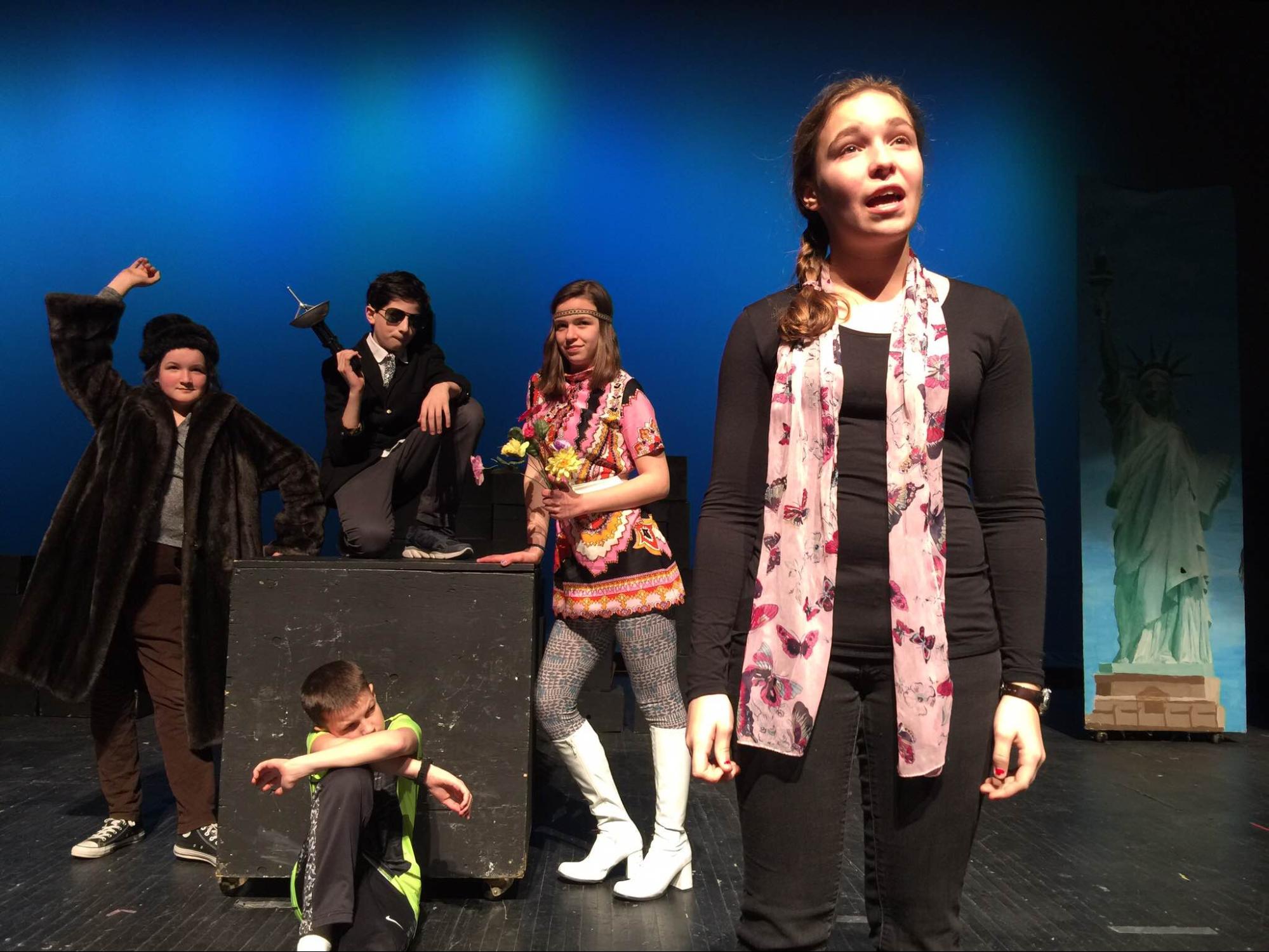 On Saturday, February 13th, The Adventures of a Comic Book Artist, performed by middle school theater group Stage 16, premiered in the auditorium at U-32. This year, there were 56 middle schoolers involved, approximately double the size of last year’s group, Director Marissa Mattogno said in her opening speech.

Mattogno, a senior, has run Stage 16 for the past two years, with help from other high school students. “Everything from the props, to the costumes, to the acting; you get a little taste of it in Stage 16,” she says.   In the past 3 years, Stage 16 has performed the plays This is a Test, Class Action, and Excuses, Excuses.

High school helpers, including Noah Witke-Mele, Aven Williams, and Mattogno, were all due to arrive at the school at 12:30 to help set up the stage. At 1:00, the middle schoolers started to arrive. After an energetic warm-up, including the theater games “World’s Worst” and “Pony”, cast was instructed to hop into their costumes.

“I like making clothes,” says 7th grader Anna, a student in the costume crew. She chose to be part of Stage 16 to explore the world of theater without having to be onstage. Being involved with the group of 9 had allowed the students to take on leadership roles within the costuming necessities without being overwhelmed. 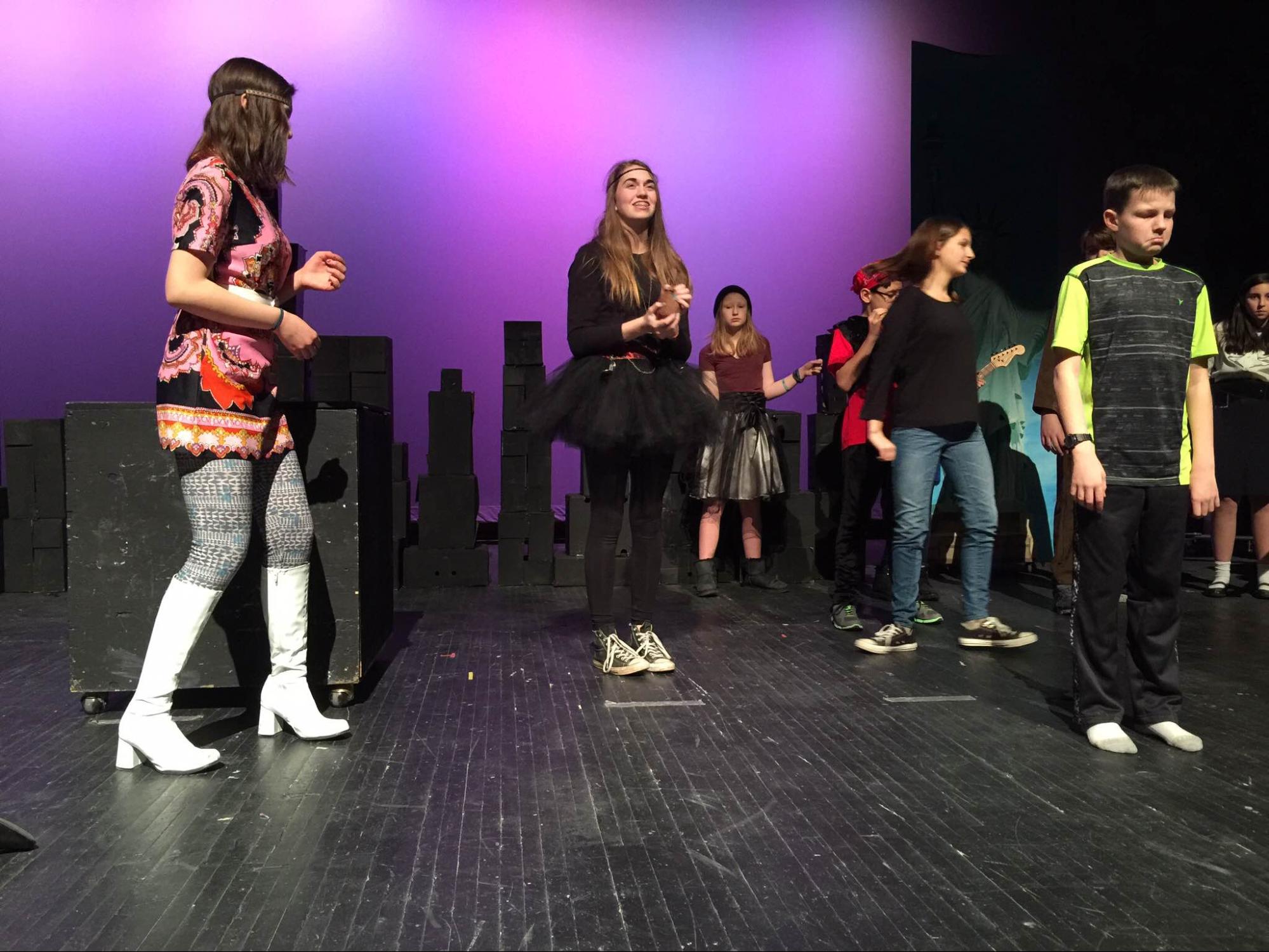 Meanwhile, cast who didn’t require costumes and the props crew were busy backstage setting props on the right sides of the stage. Up in the lighting booth, 8th grader Danielle was fiddling with the sound system, making sure it was ready.   Asked about why she liked Stage 16, she said “I like it because of the warm-up games we have. I can use my acting skills.” 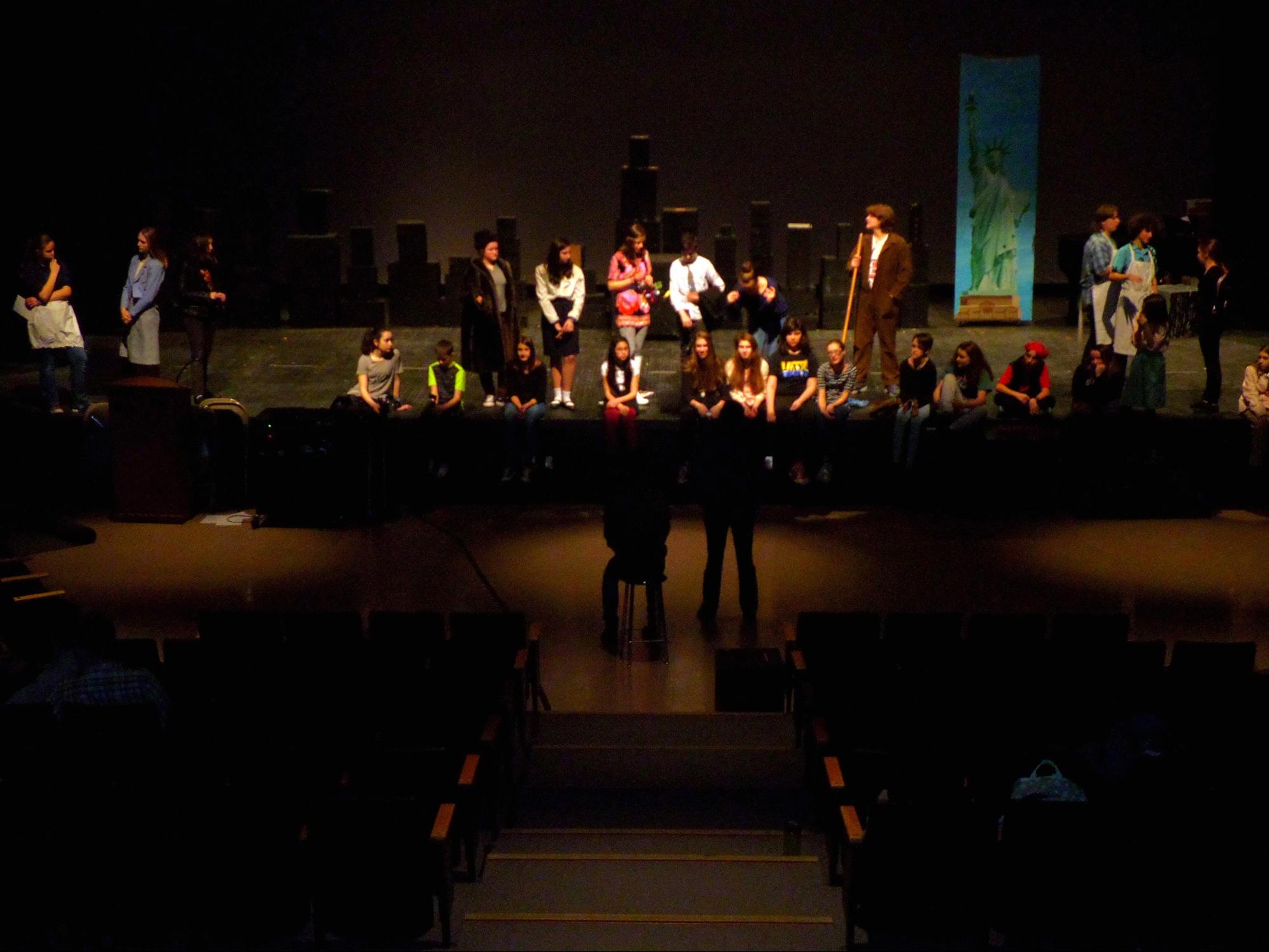 At 1:30, house opened and eager parents began to stream into the auditorium. Sophomore Karli Robertson stood outside the doors, collecting donations, while sophomores Zak Kline and Noah Witke acted as ushers. A little after 2pm, Mattogno took the pit and gave her director’s speech; praising the students for their hard work, thanking parents for letting their kids participate, recognizing high school staff, and reminding everyone what to do in the event of a fire: “The way you came in is the way you get out!” 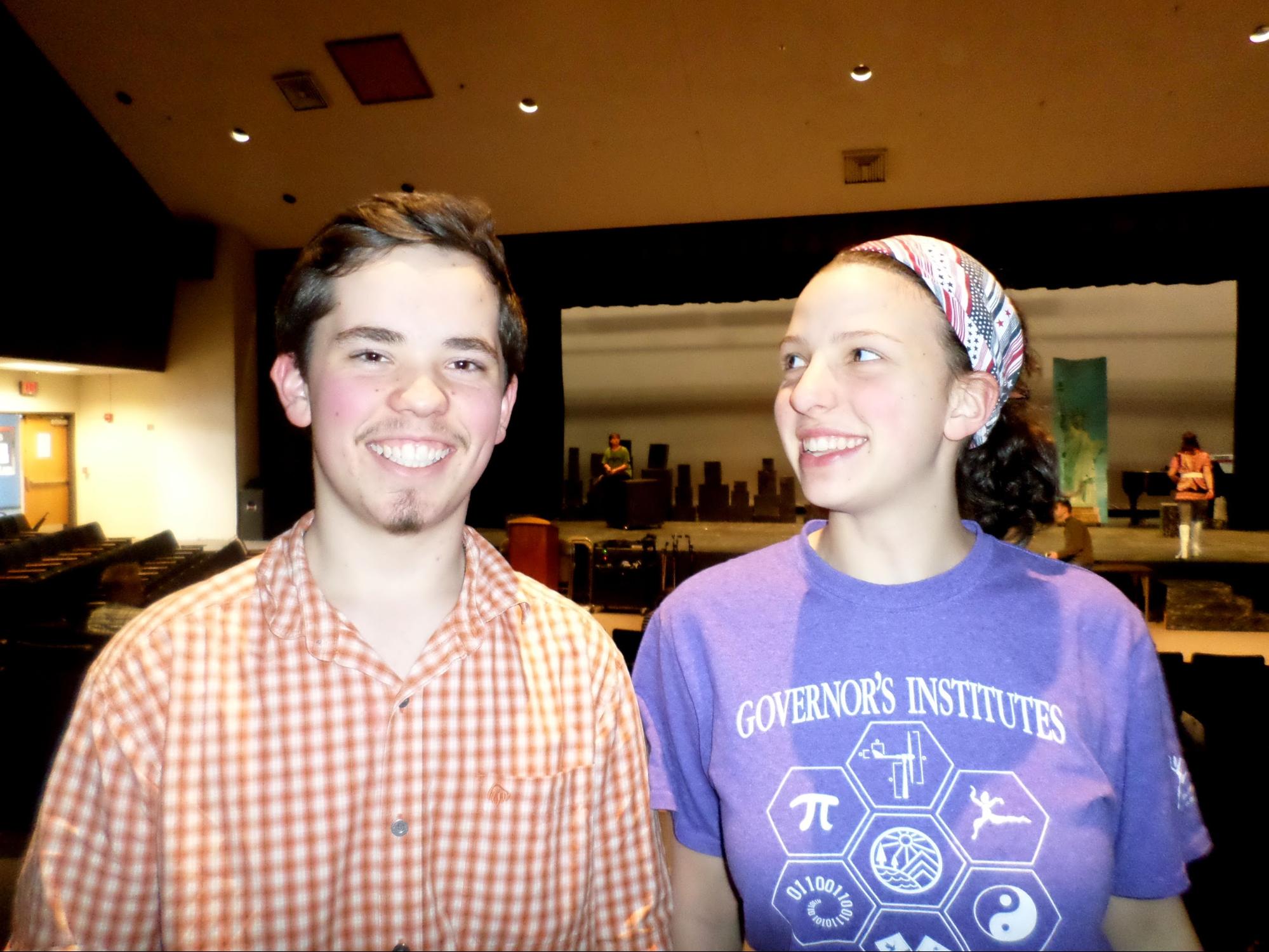 The later performance went off without a hitch on the actors’ part, and the backstage crew and lighting booth techies did excellent work. During the Talk Back immediately after the show, many parents praised the intricacy of the costumes, the acting and the comedic timing.

When an audience member asked if the actors had added any lines or phrases into the script, sophomore Noah Witke answered, “We don’t officially add stuff to the script, but sometimes during performances there are little moments. They can make scenes more funny and natural.”

Overall, the show was engaging, funny, and artistic; from catchy one-liners, to impeccable costumes, to the beautiful prop and set pieces, The Adventures of a Comic Book Artist was a thrill for audience, techies and actors alike. As always, middle school students are encouraged to try out for Stage 16 or join the tech team, and discover their love for theater!