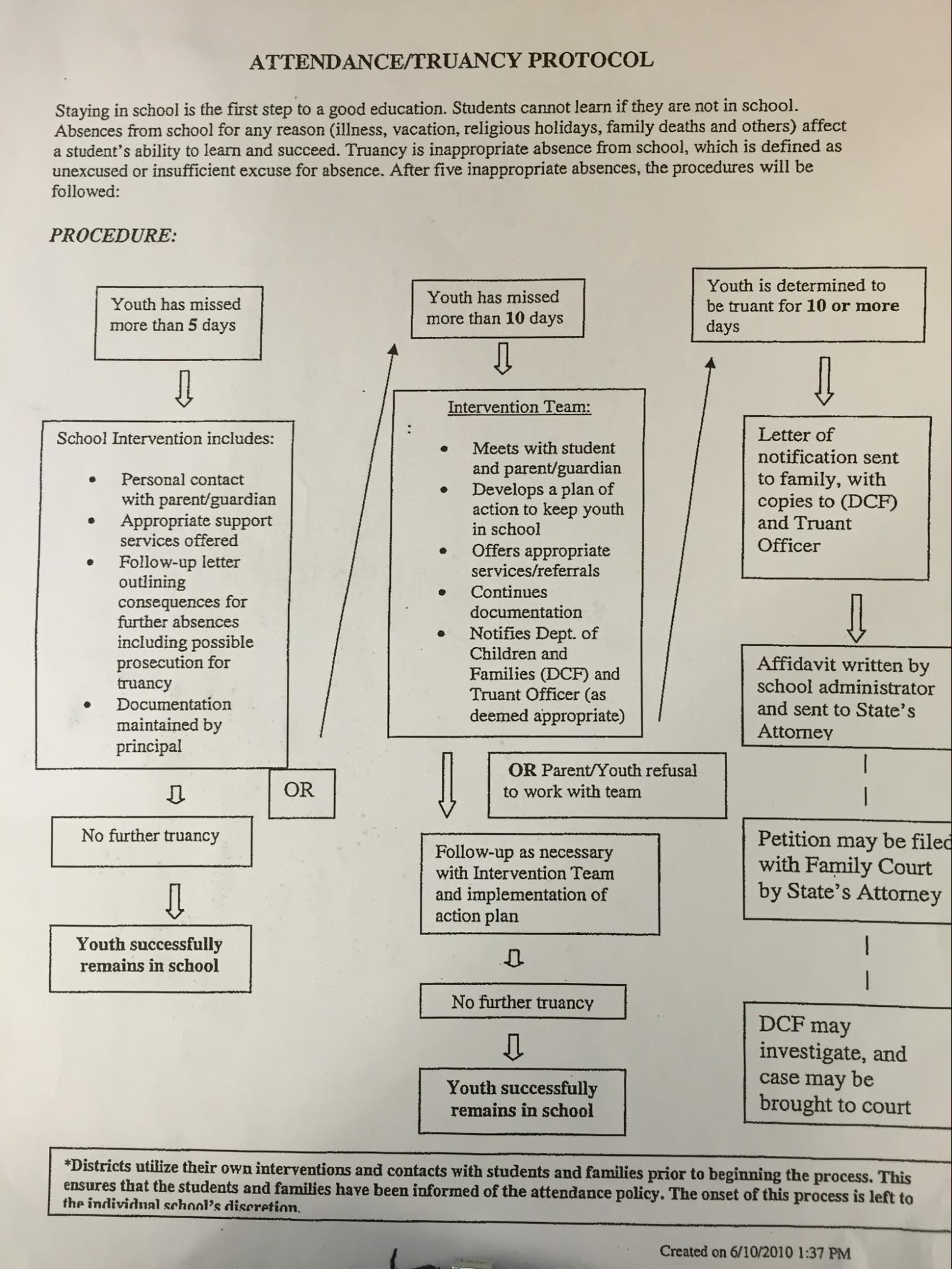 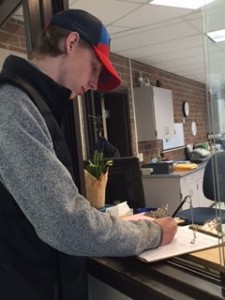 U-32 senior Felicia Ayer was confused about the letter that she got in the mail from the school. “I got a letter in the mail saying that if I missed one more English class there would be a chance that I wouldn’t be able to graduate.” Felicia had missed several days in her English class, which is required for graduation; the letter explained that if she missed more than 10 days it would be up to her teacher to decide if she earns credit, according to U-32’s attendance policy.

Sophomore Gabriella Calderon received a letter earlier in the school year to inform her that she had “…missed five days of school and if I missed more than ten they would have to have an intervention.” Gabi wondered why she got the letter, but other students did not. She said after she received the letter her friend counted how many days she had missed. She had found that she had been absent more than five days, but did not receive a letter.

As of Friday, January 8th, 149 students in grades 7-12 have missed 5-9 days of school, and 23 students have missed ten to fourteen full days of school. There have also been 24 students so far this year who have missed fifteen or more days– ranging from 15 days to, in a few extreme cases, more than 40 full days.

According to the school’s policy, “absences in Grades 9-12 apply both to the school day and to individual classes. Students who have missed five classes of one subject will receive a warning letter. Missing ten classes of one subject will trigger a letter and an evaluation of the cause of the absences. Students who have ten unexcused class absences in a subject may be dropped from a class.”

U-32 has an attendance policy in accordance with Vermont law. It is important to U-32, the district and the state that students attend school consistently. The policy states that “Students are responsible for regular attendance at school every day unless sick, participating in school-authorized activities outside of school, or otherwise excused.”

As stated in the school’s attendance policy if a student accumulates more than fifteen absences in one year Vermont state law requires schools to have a procedure in place to evaluate the absences for truancy, or “staying away from school without good reason.” Accumulating fifteen absences doesn’t mean you are going to be found truant, though, “(A) number of factors will be considered when evaluating absences.”

When a student has missed more than fifteen days their parents or guardians will be asked to meet with school officials to discuss a plan for better attendance and to make a plan to make up the missed work.

Erik Bennett explained that most of the time when students miss an extensive amount of school it is because of “health issues, or home issues.”  He continued to say, “there’s stuff we can kind of work around, but unless we know that and are working with the family it kind of falls through the cracks.”

The attendance may seem very clear, but the way it actually works within the school is forever changing and may be less clear than the official policy sounds.

Erik Bennett, Dean of Students. explained that whether or not the class is dropped depends on the individual situation. “It has been left in the teacher’s hands. If you have missed more than ten days and they’re all cuts and you’re failing, we can pull you from that class with a ‘withdraw fail.’ If you’ve missed ten days and it has been appointments and stuff, and you’re still passing the class and doing well then teachers now have the leeway to keep you in there and get you the credit whereas before you would have to sit before the committee and make a case and they would decide.”

The policy is different for every student depending on the individual case, but is this fair? Two students could have the same grade in their classes, and missed the same amount of classes, but depending on the teacher one could be dropped from a class where the other student is allowed to stay in.

In the previous policy, there was a committee that made the decision on whether or not a student will lose credit, or earn credit. Now it is up to the individual teacher to make the decision based on their own judgment. With the committee, there was one authority defining the policy and making the overall judgement for every student, now the policy is decentralized, so there is no assurance of consistency between each case.

What do teachers think about the change in policy? Ben Heintz worries about fairness. “It’s troubling to think that two students in similar situations might be treated differently, and one might lose credit while the other earns credit just based on the personal decision of the teacher.” He continued to say, “(I)t would be good to know that there was one authority overseeing a consistent application of the policy.”

There is no way to separate the students who have failed a class because they missed too many classes, so they were dropped, or if the student stayed in the class, but still failed because they were never there. So there are no actual numbers in the school records to say how many people have been kicked out of a class because they missed so many classes. Teachers were asked if they had ever had to decide whether or not a student got credit in their class based on how many classes they had missed. One teacher said that he has been asked his opinion on whether or not the student remains in the class based on their work ethic, and how much they have accomplished in the class, but it was not his final decision. Most teachers were unaware of this policy and believed it was not their decision to make.

Should there be a specific number of absences allowed that is the same for every student before they are dropped from the class?