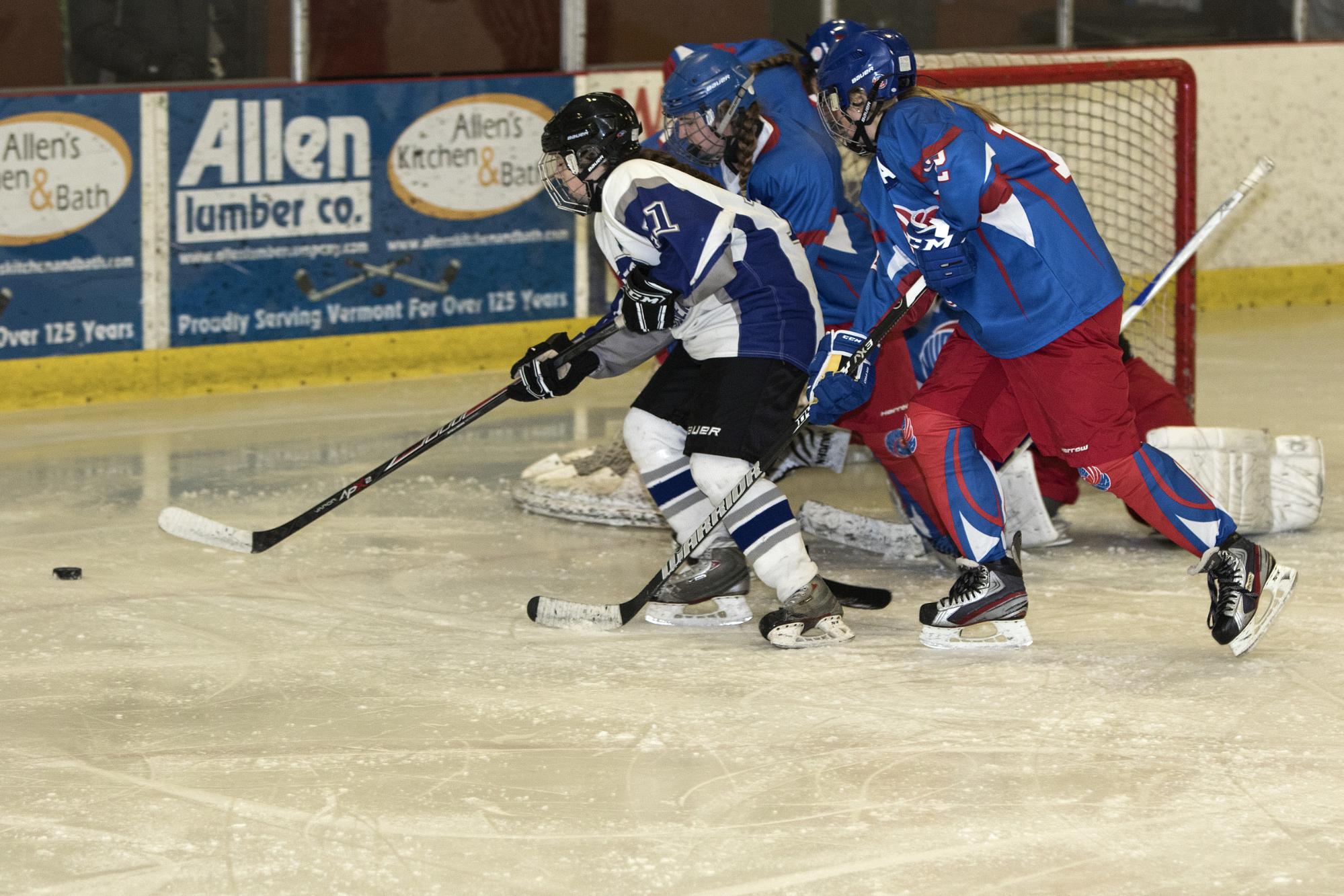 The U-32 girls hockey team tallied 45 points in their first two games of the season to win the 17th annual Dr. Butsch Tournament. Throughout the two games, U-32 had a total of 21 goals. “When the girls get it down into the zone, they generate a lot of shots… we just follow through on the play and when we put it on net, good things happen,” explained U-32 Coach Jeff Wuorinen. 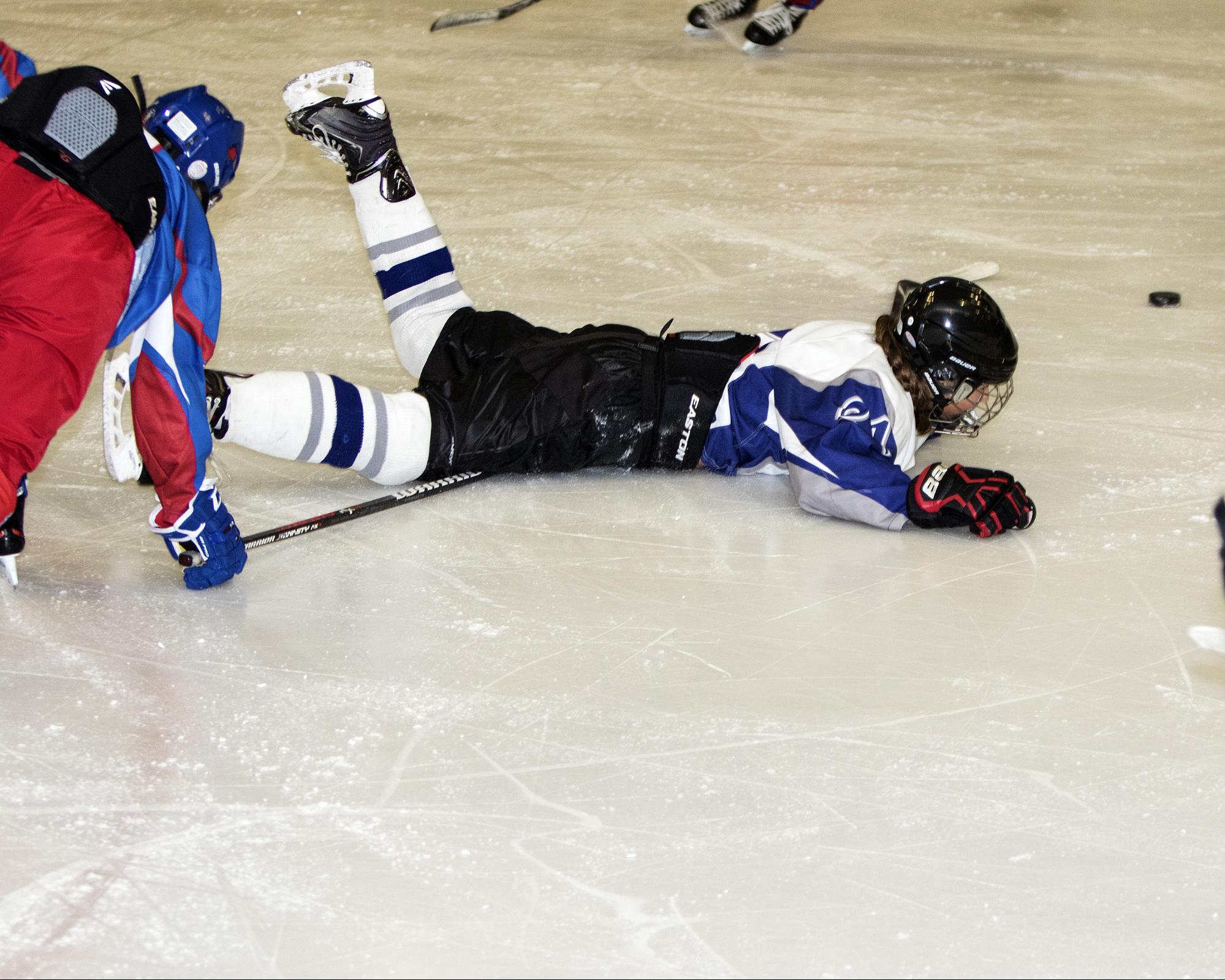 Freshman Lilianna Ziedins of Harwood scored both goals for Harwood, who finished the game with a score of just two. Harwood’s goalie, Allison Yandow, had an excellent game with 39 saves.

U-32’s Coach Jeff Wuorinen said, “I expected them to come out of the gates pretty hard and they did…. It’s always good to start off the season with a win.”

The second game of the night was between the Stowe Raiders, and the Hartford Hurricanes. Hartford came out on top with a 3-2 win in overtime. 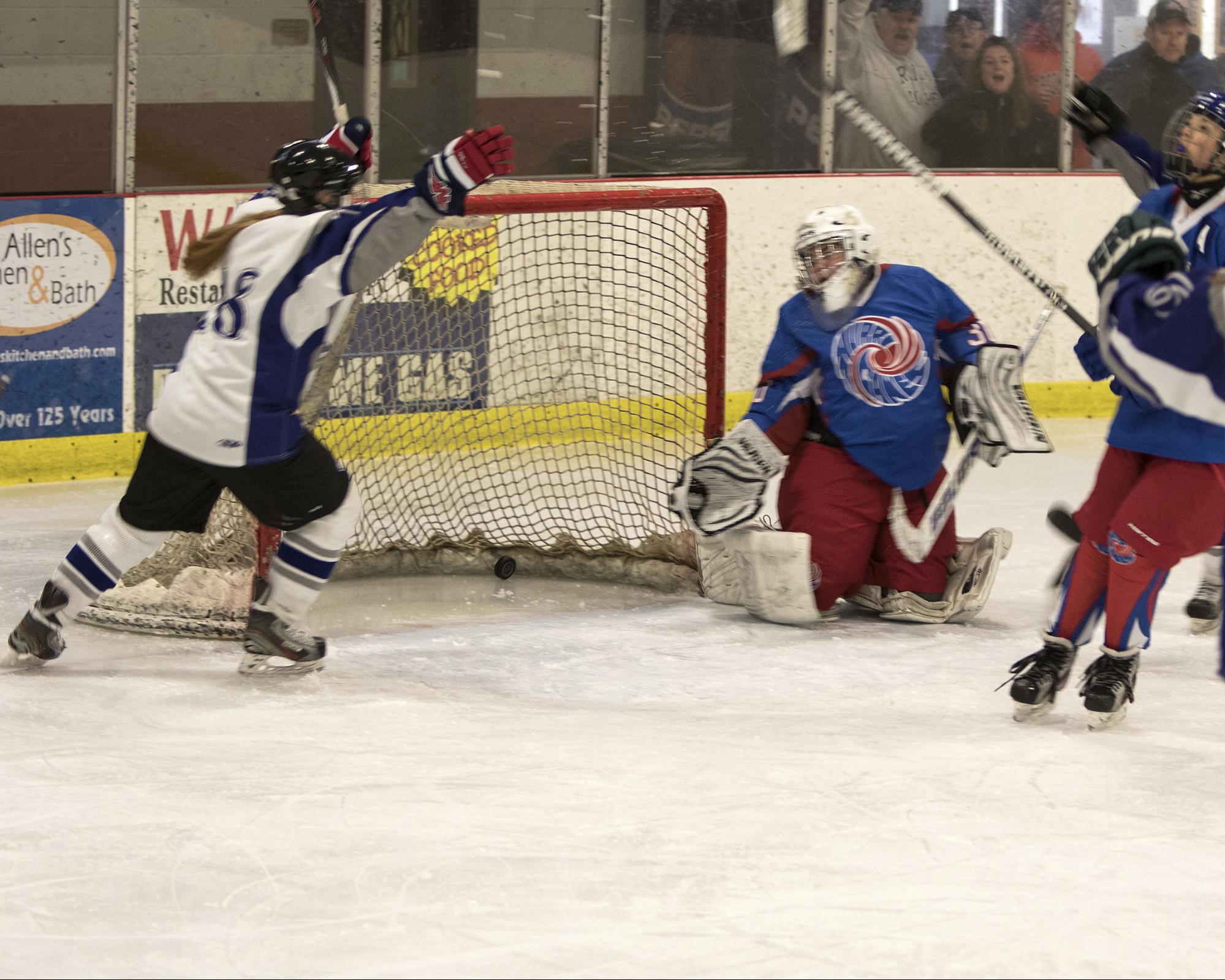 Saturday’s games started off with the consolation game between Harwood and Stowe. Harwood came out on top of that game, winning 2-0. Freshman Lilianna Ziedins of Harwood scored both goals for Harwood, and their goalie, Allison Yandow, had another impressive game, with 32 saves. Stowe’s goalie, Mikaella Doran, ended the game with 10 saves.

The championship game was held later between the U-32 Raiders and the Hartford Hurricanes. The Raiders came out strong again with 40 shots. Senior Nell Peterson scored a hat trick and six others had at least two points. U-32’s Coach Jeff Wuorinen said, “I knew both forward lines have really developed chemistry early in the year…. They triangulate it really well and just have good puck control and patience. Things are just really clicking for us.”

Senior Nell Peterson scored two of her goals in the first period, and junior Michaela Burnier added another, making the score 3-0 after the first period. In the second period, seniors Natalie Lavigne and Megan Ryan both scored, as did sophomore Cricket Basa. In the third period, the Raiders scored three goals in a matter of just a minute and a half. Junior Michaela Burnier added her second goal of the night, followed by a goal from Nell Peterson for a hat trick. The final goal came from senior Madison Woodard.

Hartford scored two goals in the third period. Caitlin Gaudette scored both of the goals for the Hurricanes, and their goalie, Heather Dexter, had 30 saves for the night. U-32’s goalie, Chloe Sairs, ended the game with 14 saves.

The U-32 Raiders played again on Wednesday against Burlington-Colchester and won 5-3. There were goals from Michaela Burnier, Megan Ryan, Nell Peterson, Cricket Basa, and Chloe Schiff.