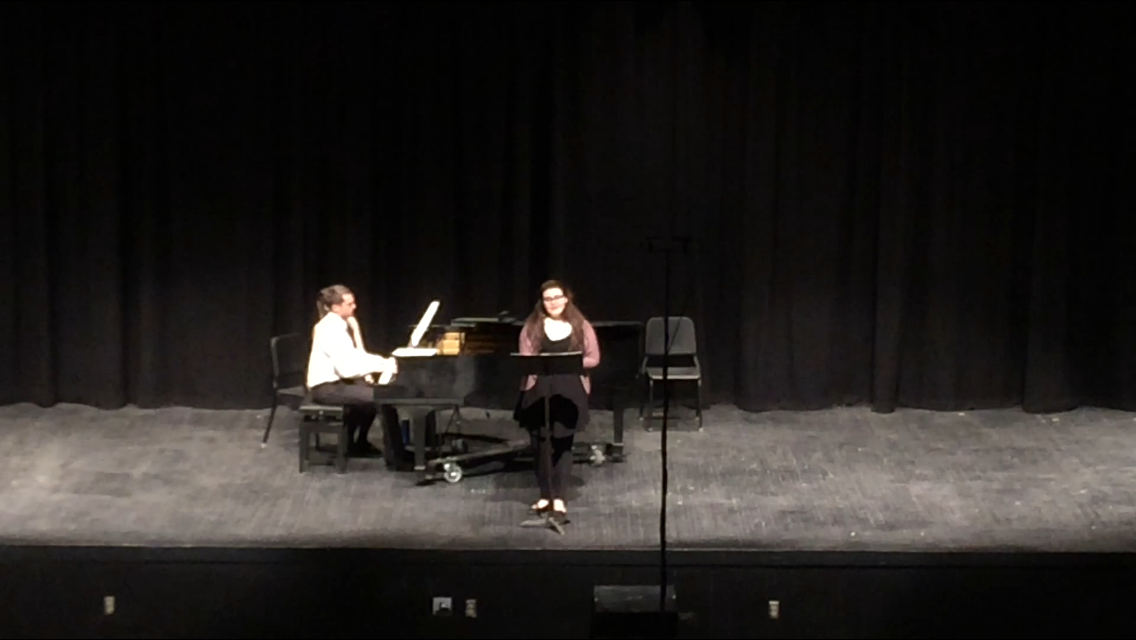 A wide variety of talents were on display, ranging from string and wind instrumentals to vocal solos. Some of the featured composers included Stephen Sondheim, Andrew Lloyd Webber, Lalo, and Wolfgang Amadeus Mozart. Tillie Quattrone, a U-32 senior who auditioned for the choral ensemble, said that singers this year were fortunate with the extent of songs to choose from for auditions, “There are a variety of pieces in different styles and languages, so you can really pick something that suits your voice well.”

Students often use the U-32 music faculty as resources to prepare them for auditions, such as the chorus teacher Roger Grow, who Tillie said has been “really helpful– giving up his time in callback and after school to help students prepare.” Students who want additional preparation work with their private teachers, like Signe Goddard, who has been working on her audition piece with her teacher since April. Explains Goddard, “I auditioned with the first movement of the Mozart Violin Concerto No. 3. It’s the same piece that I will perform in the spring for the Green Mountain Youth Symphony as my senior solo– and it was on the list of pieces I could choose from for New England’s– so it worked out in that I didn’t have to learn a new piece!”

While there were several highlights of the recital for the performers, seeing their peers perform was the popular response. “My favorite part is seeing and hearing everyone’s work! It’s incredible how many talented and driven music students we have at u-32. It makes me proud to see my peers totally knocking it out of the park!” said Tillie. Signe enjoyed seeing individual students in the spotlight, “which you rarely see in school concerts.”

High school music festivals are known for helping create lasting ties between schools and their music departments, as Tillie described: “You get thrown into a chorus of dozens or hundreds of singers you’ve never met before and you’re expected to make one sound together. It’s such a magical experience when you are actually able to create something absolutely beautiful with complete strangers. And by the end of it, you’re not strangers any more.” Signe, however, spoke more to the conductors as the thrill of the festival. “It’s really fun to play music with people from different schools, but my favorite part is working with a conductor that I’m not used to working with. They’re usually conductors of fantastic youth orchestras in other states, and it’s an honor to play under their direction.”

The New England Music Festival will take place on March 17th-19th and will be held at Gilford High School in Gilford, New Hampshire.