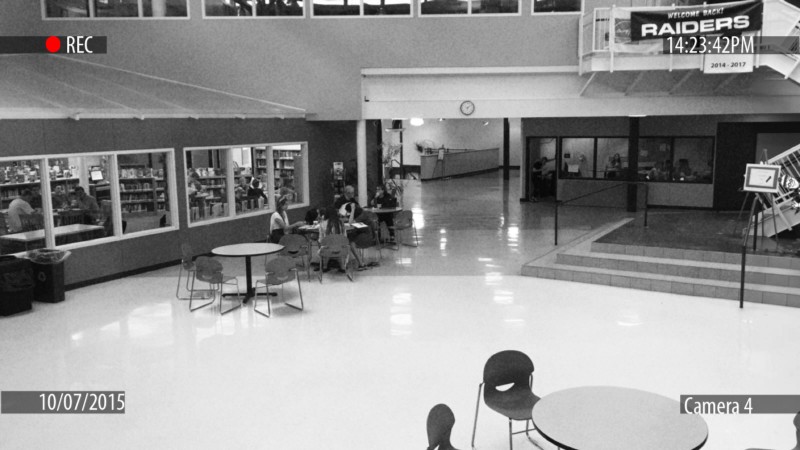 We have been seeing quite the cast of characters recently in our security camera footage. Our atrium has been empty as of late, but it had that visit from Godzilla which was an experience for many of the students.

Our secret source has given us this image that he thought must be seen by the public. He wanted people to see the hidden man hiding within the school.

Students have been complaining recently about the hidden man they’ve been seeing around the school. They don’t know who he is exactly, but they have seen a character like him in the “Where’s Waldo?” books. Which leads the public to believe he’s dressing as one of the characters.

We’ve been unable to find him in the footage — can you?