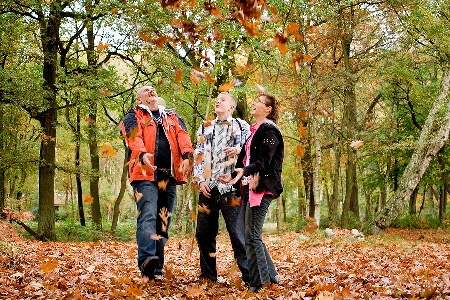 “Don’t think of us as tourists — we’re not tourists any more than the songbirds.”

This week our reporters stopped in at Bragg Maple Farm in East Montpelier to speak with Don Sherry, owner and chief tour facilitator for Unlimited Partners in Peeping. While his tour members made their way from their vintage coach bus into the gift shop, Don chatted with us in the crisp air and golden light of the Bragg’s parking lot. 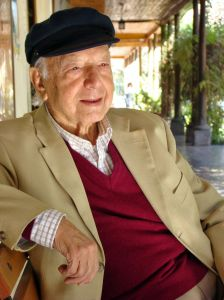 Don Sherry, after a day peeping last spring in the Piedmont region of the Carolinas.

Don clearly savors the opportunity to share his passion for peeping, but also wants to correct a common misconception: while leaf peeping may look like a seasonal vacation to Vermonters, for Don and many others “peeping is a way of life.” According to Don, more than half of all peepers have subscribed to lifetime peeping packages and call the bus home. For Don, this year marks his 65th tour; he was “raised on the bus,” brought peeping from an early age by his father, Ron Sherry, UPIP’s founder.

While UPIP is one of the oldest continuous peeping tours in the country, it is hardly alone: the Vermont Chamber of Commerce has registered visits from more than two dozen year-round peeping outfits this year, including the industry leader, Peeping Tom’s, with more than three-hundred state-of-the-art buses in operation, and the discount provider, Pied Peeper, owned by Spirit Airlines.

For Don, “peeping loses its soul when you bring it to such scale and luxury.” He points at his own tour’s motto, painted on the back of the bus: “Putting the People in Peeping.”

Sherry is proud of his tour’s old-fashioned approach. “Most of our group has been peeping together on the same bus more than twenty, twenty-five years, with no TV, no internet — just pure peeping. I don’t think a lot of peepers on the newer tours really know how to peep, or what to peep for, to be honest.” 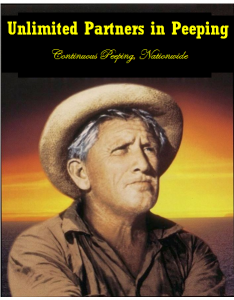 Tensions have been known to flare when peak foliage pulls large numbers of peepers of all persuasions to one place. The most infamous incident occurred in 2008, at the Ben and Jerry’s factory in Waterbury, but less violent episodes occur more regularly.

A girl working the register at Bragg Farm described an ugly scene last fall, when a scuffle over the last maple magnets overturned several gift racks and ruined dozens of postcards and t-shirts. A potpourri-stuffed moose was also trampled, bursting on the floor. “We can still smell it a year later,” she said.

According to the Bragg’s employee, a tour guide for Peeping Tom’s, whose peepers were said to have instigated the incident, left a check for two-thousand dollars at the counter and led her peepers back to their bus, which peeled out of the parking lot, peppering rival peepers’ buses with dirt and gravel.
This year, though, things at Bragg’s have been peaceful. Sherry’s outfit was one of the last buses to pass through the state, having been delayed on their return from peeping shoreline in Canada due to problems at the border with some of the peepers’ papers.

From Vermont, Sherry’s bus will be moving south and west, peeping the last of the corn harvest and Minnesota windmills as they race to hit “peak prairie” further west. From there, they will move south for Arizona’s mesa season, before peeping their way across the retail sections of Texas and spending the coldest months palm-peeping in Florida. 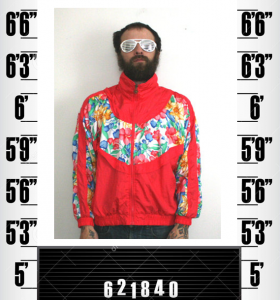 A mugshot after the 2008 Ben & Jerry’s incident, involving a splinter group connected to the larger Peeping Tom tour.