How Does WiFi Work, Anyway? 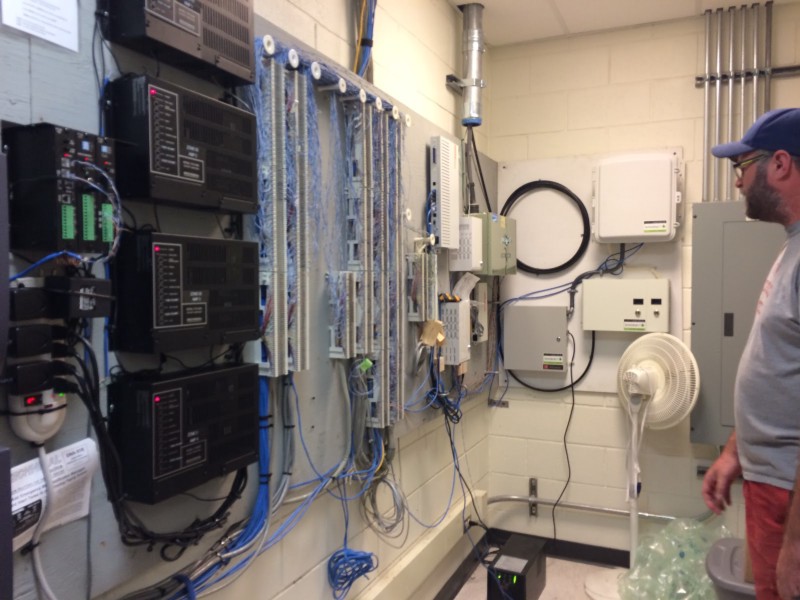 Everyone is talking about WiFi. How many of us know how it works?

It all started with Heinrich Hertz. One day he was in his lab and he had two metal spheres. Hertz decided to put a charge to one of the spheres and when it finally built up enough of a charge an electron would jump across to the other sphere creating a tiny lightning bolt, then becoming grounded again.

When he did this, he also realized that two other spheres in the back of his room were doing the same thing. This meant that somehow the charge of the electron was traveling through the air to the other set of metal spheres. This was later discovered to be radio waves.

Scientists did a lot of different experiments to try to figure out what was going on, but it’s actually very simple.

Our devices have a wireless adapter that can translate the data into radio signals and it can relay that information. There are electrons that flow, as they flow they make an electron field and a magnetic field, otherwise known as an electromagnetic field. Electromagnetic waves are transmitted from the router, your phone, or laptop and then make electrons in an antenna of the receiving device move up and down so that they are able to receive and transmit signals.

Although this is transmitted through radio waves it is not the same as a normal radio transmitter. In a Time article they explain that, “unlike the FM receiver in your car, Wi-Fi is essentially two radios communicating back and forth that use lower power and broadcast over a much shorter distance. These two radios let web users download data from the Internet as well as upload information — even just submitting addresses via your browser counts in this two-way communication.”

Having a wifi connection is very convenient, but the router can fail. This happens when too many people try to use the wireless connection at one time, especially for things that use high bandwidth, such as Netflix and YouTube.

Physics teacher Randy Brown said, “We have a bunch of antennas throughout the building and they all have a certain capacity for the number of devices that can use the wifi.” The system kicks school devices off when too many people try to use the wifi because there is only so much capacity for how many signals can be packaged through a fiberoptic line. This can cause interference and a loss of connection which is what caused the controversy within the building.

But how does Netflix go through the air, really? We’ll have to leave that one for another time.