Concussions and Young Athletes Pt. 2 of 3 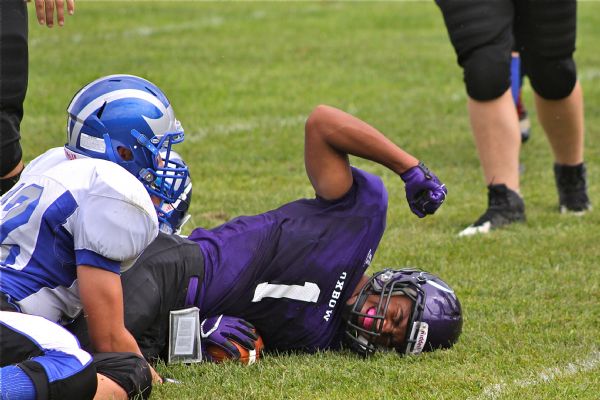 According to the U.S. National Library of Medicine, approximately 300, 000 sports-related traumatic brain injuries, predominantly concussions, occur annually in the United States. Sports are ranked second only to motor vehicle crashes as the leading cause of traumatic brain injury among people aged 15 to 24 years.

For the second part of the concussion series, we interviewed some U32 students who received sports-related concussions.

In order to understand what the impacts of these injuries are on students, five athletes were asked to share their experiences with concussions. In their own words: 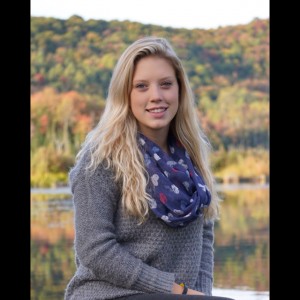 I’m still able to play and can get a couple more before I have to stop contact sports. Sophomore year during ice hockey season, like halfway through, I got hit. I fell over, smashed my head on the ice and I kept spinning and smashed my head off the boards. I blacked out for fifteen seconds. Devin (Wendell) had to bring me into the locker room and asked me questions. I had a really hard time balancing. He had me close my eyes and stand on one foot. I fell over. The next Monday I came into school and I had a really hard time concentrating in class. The lights hurt my head. Kids talking annoyed me, giving me a really bad headache. So pretty much everything was really hard to do all the time. There was nothing that was easy or fun. I find that headaches are now easier to come by. 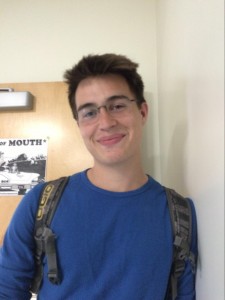 I got my concussion in a dirt bike race. I passed a kid going down a straight away and then hit the finish line jump, going a little bit faster than I should have been. Over shot that and landed on my right shoulder, bounced and landed on the same shoulder again which knocked me out. I was out for thirty seconds and was done racing for that day, I didn’t know what day it was and I kept repeating what I said, like I would keep on asking if I had won the race. (I only finished the third lap out of a six lap race.) I couldn’t remember anything leading up to or really after the crash. I only remember it now because my parents told me about what happened. After the crash I was looked at and told that I wasn’t going to be racing any more that day and that I couldn’t go to sleep for a really long tIme and to drink water. Other than that, they didn’t tell me anything else. I haven’t had any headaches or lasting effects. 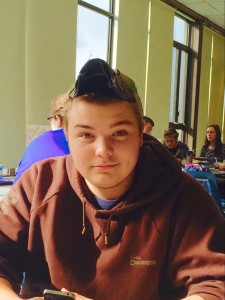 So basically what had happened is that I hit another player on the opposing team with my head. I guess that I had been repeatedly doing that because after watching game film, I saw that I had done that quite a few times. One of the immediate symptoms I felt was confusion, severe headaches and depending on where I would hit the kid I would feel a little bit of pain in my spine. For recovery, I’m doing a concussion clinic where they treat and tell you what you should and shouldn’t do. Every time I go in we go over all the symptoms that I have been feeling recently for a baseline check, for me they are checking my blood pressure. They want me to get my heart beat down a little bit before I can get back into sports. I had headaches for a while afterwards, but not any more. I am not allowed to play football ever again. 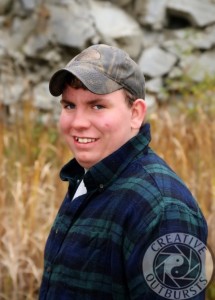 Only having two, I think I’m OK. If I were to get another one or two, I’d be concerned. So Sophomore year, I think it was the first Saturday practice in preseason, and I was kinda thinking about other things: my sister was just going into college for the first time, so I was kinda concentrated on helping her move in. I can’t remember who actually hit me, but I think it was one of the seniors. It knocked my head pretty good and what not, so I got looked at by Devin (Wendell) and I had to sit out for a couple weeks. I took the online impact test and had to run or jog and do laps for certain increments of time before I could get fully recovered for practice. It was about a two week process. I had another concussion the year after, but I just sat out the next two practices and passed the concussion test. I’ve had no long-term effects from them and continued to play football. 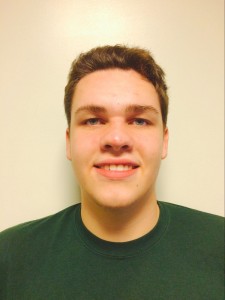 The winter of my Freshman year I was skiing and was going pretty fast, trying to make a traverse without having to skate. I was coming around a corner in a tuck and I was close to the middle of the trail when a snowboarder got too close for comfort. I moved close to the edge of the trail, and next thing I know I’m waking up with a bright light shining in my eyes. After a couple seconds, I got up and I guess I tried to put on my skis backwards, saying I needed to get to the other side. I was later told that I had passed out again. After that, I can really only remember a couple things about going down the mountain: I was in the sled and I had waved to some guy. The next thing I remember was lying on a table and a woman asking what’s my parents’ phone number. I was never told anything by the ski patrol, except not to ski for the rest of the day.

Devin Wendell, U32 Athletic Director and Caitlin Roberts, Assistant Athletic Trainer, helped to put these types of injuries into perspective.

Ms. Roberts points out that concussions are “fairly common. They range from year to year, but we have anywhere between 20 to 30 concussions, especially in a school of this size where we have around 800 kids.” When asked about the relative severity of the injuries, Devin replied that they typically try not to label the severity of concussions because everyone is different: “Some kids recover more quickly and others can take weeks to months.” Caitlin added: “Most would be mild to moderate. Only a handful are really severe and the student would be sent to the hospital.”

Did any of these students express concern for their future or fear of having another concussion?

Steve: Only having two, I think I’m OK. If I were to get another one or two, I’d be concerned.
Logan: I’m still able to play and can get a couple more before I have to stop contact sports.
Gavin: Yeah, I worry about long term effects. That’s why I’m not allowed to play contact sports anymore.

Jacob: I’m not worried about long term effects but I’m not racing anymore.
Evan: Since I never went to the hospital, I’m not sure I will have any. I do get headaches more frequently though. I have no intention of stopping football.