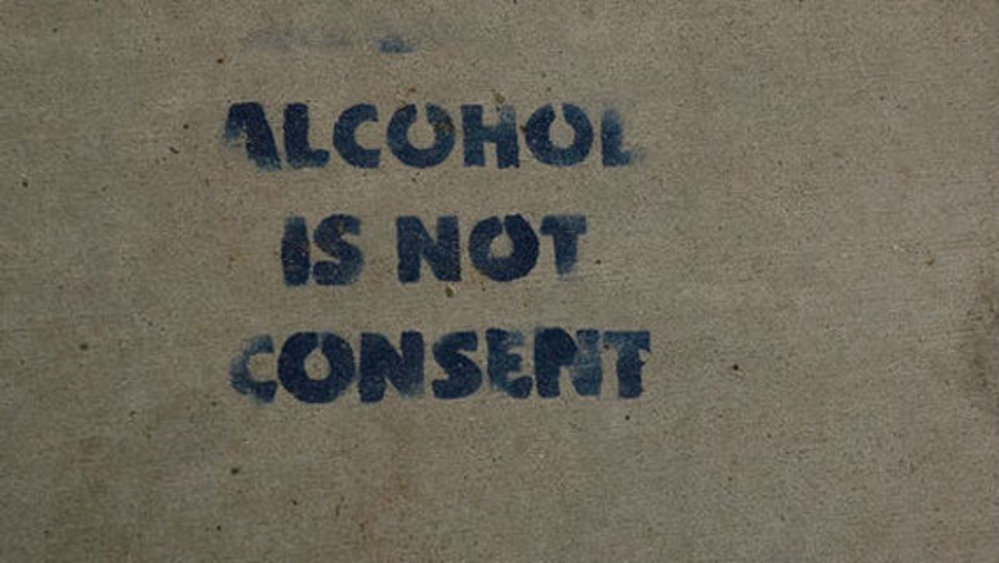 While the consent assembly Thursday dealt with very important subject matter, the relevancy of the scenarios, particularly those involving drinking and sex, was called into question.

Do these kinds of things REALLY happen in our little school community?

Many have the “not in our community” attitude when it comes to drinking and sex….Are they simply naive?
The Youth Risk Behavior Survey provides answers.

What is the Youth Risk Behavior Survey (YRBS)? Every other year, the Vermont Department of Health conduct this survey anonymously at nearly school in the state. According to the Department of Health website the purpose of the survey is to measure “the prevalence of behaviors that contribute to the leading causes of death, disease, and injury among youth. The survey is part of a larger effort to help communities increase the ‘resiliency’ of young people by reducing high risk behaviors and promoting healthy behaviors.”

The results of the surveys are made public online in the months following their administration. While the surveys taken towards the end of last school year aren’t available yet, the 2013 survey results are posted and, though not the most recent, can still provide valuable insights into what’s really going on the community.

While drinking isn’t happening all the time in the community, the survey results make it clear that it’s definitely happening. If at least one third of the student body admit to having consumed alcohol in a given month, and if 72% of students believe that it’s “very easy” to acquire alcohol in the community, clearly issues that can result from drinking alcohol need to be addressed.

Reports directly from students who’ve attended parties in the school community in the past six months back up the data found in the survey. According to one U-32 senior, “in about 70% of the student body, the alcohol makes the party.” Similarly, another estimates that “in high school, 50% or more” of students drink.

From the VYRBS, 2013: WashingtonC is our school district.
As far as how much drinking is happening at parties, another student reports that “at parties you either are drinking or you aren’t drinking, no one ever goes to a party, drinks a little and goes home.” 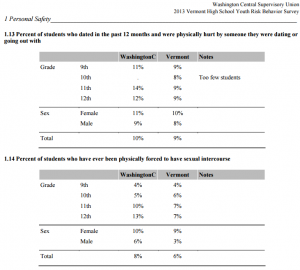 The VYRBS suggests that some students in the WCSU have indeed been victimized.

So does the fact that students have never seen something like this indicate that the assembly was unnecessary? Not at all, according to one student. The assembly, she argues, was totally relevant because “the drinking percentage goes up in college. And those situations do happen at college parties, at bars, all the time. The sooner we start teaching people how to handle them, the better.”

If anything, this assembly will help ensure that no student ever has to report that they’ve seen something like what the presenter described happen at a party in this community. Yes, students in the community are drinking. Yes, they are having sex. Through open conversations and honest assemblies like Thursday’s, we can reduce the chance that these two student behaviors ever come together to create a behavior much, much worse.