The Making of Sweeney Todd, Pt. 4 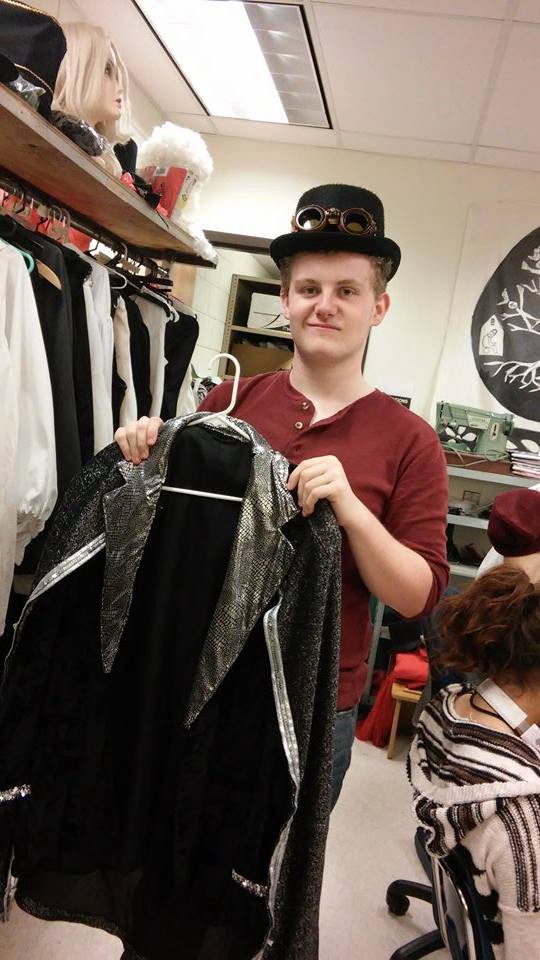 The cast and crew have been working incredibly hard to piece things together. The costume shop, once strewn with random fabric and arbitrary articles of clothing, is now decorated with near-complete ensembles. The sound of drills can be heard from the hallway outside of the theater during rehearsal as the sets are being built.

All but the final number has been staged. The next three weeks will consist of busily polishing and painting and perfecting harmonies.

In the midst of this activity, The Chronicle got a second to speak with Kieran Verret, who plays “Italian” “barber” Adolfo Pirelli. Pirelli is very competitive, so when Sweeney Todd reopens his barbershop, Pirelli feels threatened and goes to great lengths to maintain his spot as the top barber in London.

Verret says that the biggest challenge that comes with playing this role is making the character more than just “a stage convention.” According to Verret, Pirelli is most often played as over-the-top and flamboyant. His main point in the show is “comic relief, which is very hard to make realistic.” Verret’s goal is to get past all this, and find “the real Pirelli.”

Verret appreciates this challenge; in fact, he says, it’s his favorite part of the role. He really likes “trying to figure out what’s going on in [Pirelli’s] head.” Hinting, he says, “Pirelli isn’t… around very long, and it’s been interesting to figure out how to use that time wisely.”

Verret is confident and excited about the performance, saying “the entire cast and crew has been working very hard to make this show unlike any other production you’ve ever seen… I won’t go into too much detail, but I’ll just say that it’s a show you do not want to miss. We’re taking everything you thought you knew about Sweeney Todd and throwing it out the window.”