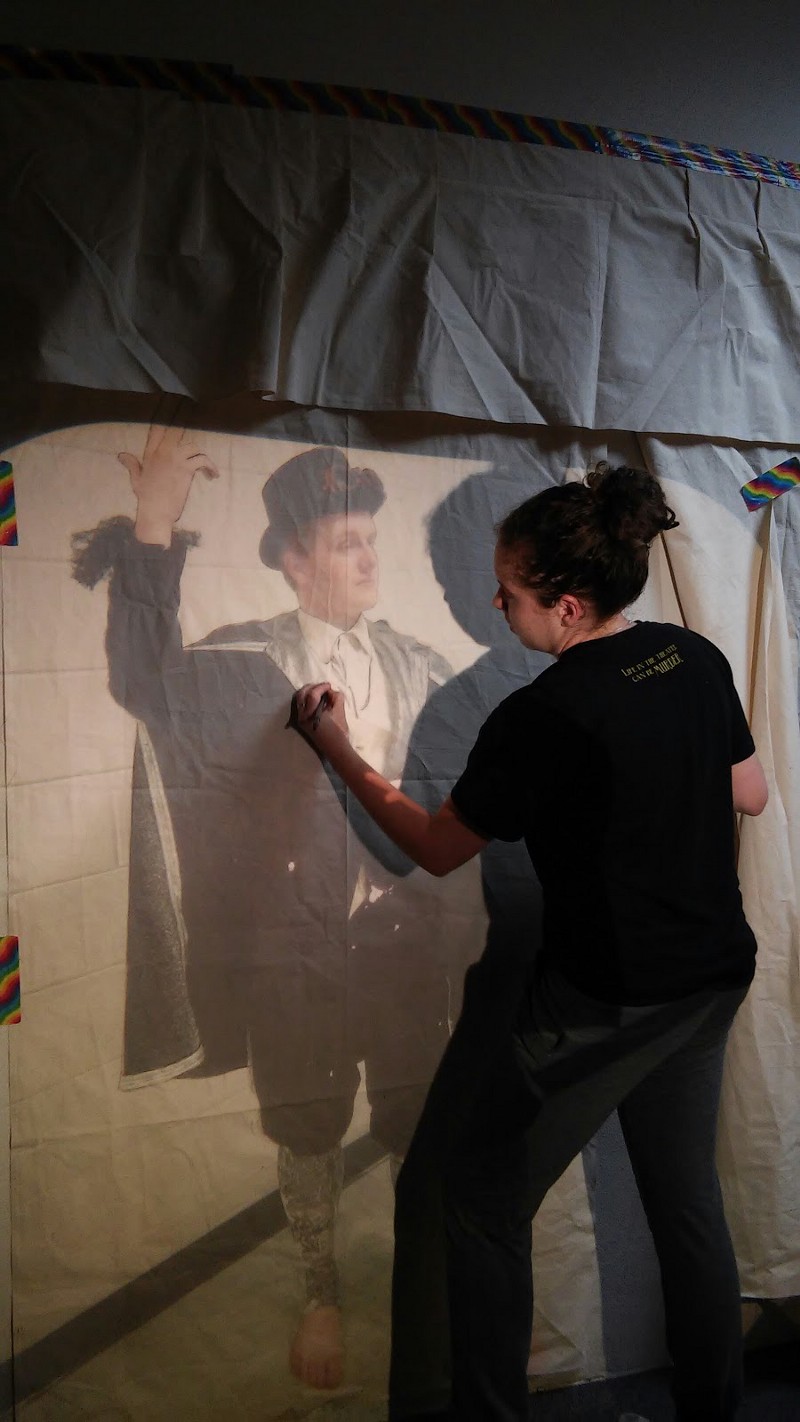 There’s only one week now until Sweeney Todd opens here at U-32. Both the cast and crew are working overtime to make sure the show is as awesome as it can be.

Wednesday and Thursday nights, students stayed at school until nine o’clock to work on the show. On Friday, students will come in on their day off, from three until seven, to work. And then, Saturday morning we’ll all be here again to work for six hours.

Things really are coming together: lead actors have microphones; we’ve worked with the orchestra (which is sounding great!); the set is almost completely built… everything is nearly ready. 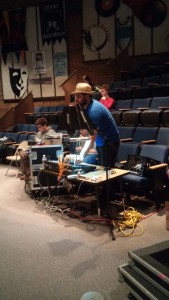 Amid the pre-show excitement, The Chronicle sat down with Zak Kline, who plays the Beadle (the judge’s assistant) to learn more about the show.

Who is the Beadle, exactly? As Kline describes, the Beadle is “a really messed up guy, and he just really messes with people. He is gay, and [the show is set in] a time period where that… wasn’t accepted, so he does all these messed up things… to try to ignore that. He follows the Judge everywhere.”

Kline, in exploring who his character is, concluded that perhaps the Beadle is in love with the Judge. This has been a big part of making the Beadle come to life onstage. All the things the Beadle does in the show are influenced by the secret he’s hiding. He’s “tormented by this… he knows it to be true somewhere deep down, so it’s really just ripping him apart.”

This character, Zak says, is a fun role because “it’s a step beyond what I usually play. The Beadle is just this really nasty guy…he’s really quite gross. With this role I’ve been given a chance to step into the murky area that normally people don’t go into… it allows you to do things you can’t really do in real life.” 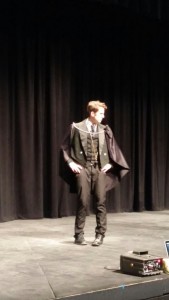 Though it is fun to play a character so different than any he’s ever played before, Kline says that “it is challenging to embrace how messed up he is, to say the lines without thinking, ‘I hate myself.’ Sometimes I’ll come offstage and say, ‘Did I just say that?’” But, while it has been hard to say these things, Kline emphasizes again that he loves the role.

As far as the show itself goes, Kline is emphatic about it, saying, “I think that Sweeney Todd is a really great show. It’s one of my all-time favorite musicals. Sondheim is just a genius composer… the musical is really difficult to sing, so he we make a lot of jokes about how he hates his singers… but it’s not true, he’s a genius writer. And Sweeney Todd is just such a great musical. It goes beyond where most musicals go… Sweeney Todd is one masterfully created art piece, it’s seamless.”

Sweeney Todd opens here at U32 next Friday, November 13th at 7. There will be two more shows that weekend, on Saturday at 7 and Sunday at 2. Additionally, there will be a matinee for high school students during the school day on Thursday. For more information or to reserve tickets, contact Sue Verchereau.