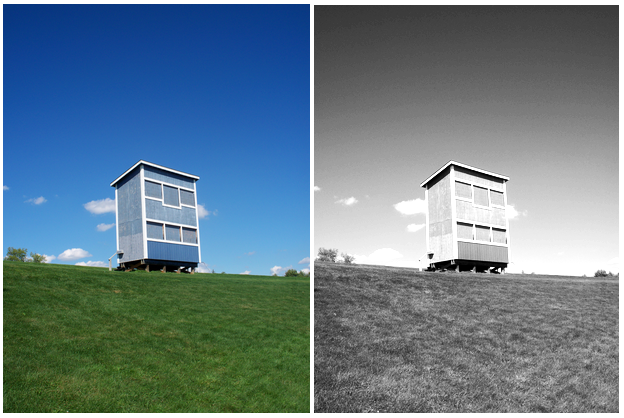 Last spring an official at the state track meet made an unsettling discovery: in the corner of the pressbox overlooking U-32’s athletic fields, under some dusty equipment, there were eight rusty shell casings. The official took the casings to local historian Wayne Farnsworth, who identified them as belonging to an M-1 carbine, a common weapon for U.S. servicemen in World War II.

Farnsworth did some digging of his own at the Vermont Historical Society in Barre and uncovered an incredible story: U-32 was a small but significant camp for German P.O.W.’s from late 1944 until the war’s close in the summer of 1945. The pressbox, formerly a watchtower, is the last remaining structure from the camps, though the current middle school is actually a renovation of the German prisoners’ barracks.

At a recent cross country practice, senior Reed Patterson stopped to look at some of the historic photos from Farnsworth’s research and seemed genuinely astonished. “It’s amazing that we run around the same track where, seventy years ago, Nazis in leg irons pushed that huge crank to pump water from the mines. I feel more fortunate to be a student here now.”

Farnsworth has taken an interest in U-32’s campus and is planning an intensive investigation this fall. “There is dirt under every stone,” he says.