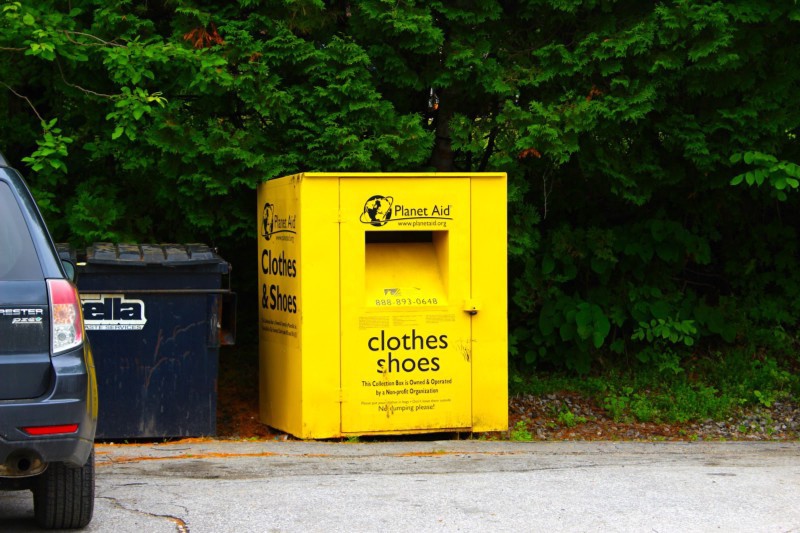 Have you noticed the new fonts and interactive calendars greeting us as we walk into the atrium each morning? Working behind the scenes of these innovations is U-32’s new kiosk facilitator: Jerry Boxer. 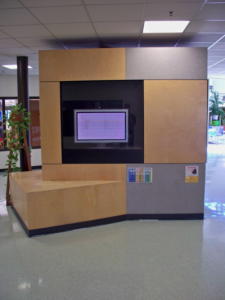 Because he works out of sight in an enclosed space, few people at U-32 know that Jerry actually makes decisions that affect everyone at school on a daily basis. It’s Jerry, for example, who pulls the lever on the apparatus determining whether each Wednesday will follow a “blue” or “white” schedule, and he was the one who redesigned the software for callback this year, to make it more user-friendly.

Jerry came of age in the 1970’s and got his start in the Charlie O’s jukebox during the golden age of hard rock, spinning such hits as Aerosmith’s “Dream On” and “…that Peter Frampton song.” Seeking “a new lifestyle, better air quality, and benefits,” he moved on to a career with the postal service, but after more than two decades in a mailbox on Elm Street, a stint renting movies out of the Redbox in front of Shaws, and a year in the nonprofit business with Planet Aid, Jerry says he’s excited by the prospect of “…..an indoor, heated opportunity to make connections in the learning community.”