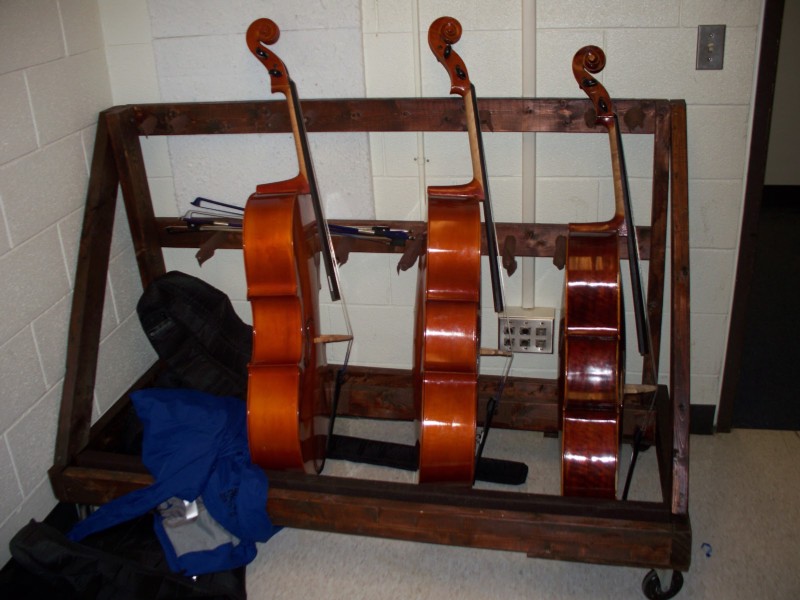 Anne Decker has worked hard to prepare her new high school orchestra class this year for the fall concert. Before the concert, she explained that the “program this fall is focussed on sort of a folky, even country, kind of feel. We are doing a song called Foggy Mountain Breakdown, which is an Earl Scruggs tune, and you can picture Scruggs as your stereotypical, old time banjo player.”

During the performance, Anne’s hope was to make Earl Scruggs’ country style come alive. “We all stood in the pit, and the goal was to make it as Scruggs would perform it,” Anne explained. “I also required my students to memorize the piece this year, because no old-timey folk player ever had a stand in front of them.”

Having the orchestra memorize their music this year is something Anne has never asked of her students before. “I want to make this all as real as possible for the kids. I want them to feel what it’s like playing when they aren’t dependent on their sheets of music, because professional musicians, like Earl Scruggs, often don’t have their music laid out in front of them during a performance.”

Students are enjoying the challenge Anne has given to them of memorizing their music. Ferron Pursell, a junior cello player, explained that “even though it was a lot more difficult not having my music with me during the concert, in the end it was a lot more fun…I felt like I was able to really get into the music more. When I don’t have my music memorized, I feel like I’m always searching for the next thing I have to play instead of just enjoying the music.”

Lydia Bohn, a senior violinist, agrees that Anne has made the program enjoyable this year. “I’ve been doing orchestra since I came to U-32,” Lydia explained, “and I think the whole country theme Anne had us do was a really cool change in pace, especially because it felt a little less formal, and more like something I would do for fun…. It was really nice being able to let loose on stage and just enjoy the rhythm of the music.”

Shippin’ Up To Boston, by Drop Dead Murphy, is another old tune the orchestra performed last Friday at the fall concert. Ferron stated, “this was by far my favorite song we did. It was like this Irish rock and roll song, that was just exciting and attention-grabbing, for both us as the players and people listening to it. Also, for me, the cello part had this fun bass section that I had a lot of fun playing with.” 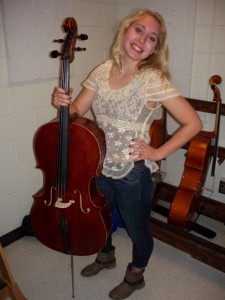 Ferron Pursell tuning her Cello before the fall concert.

Now that the fall concert is in the past, the orchestra has begun focusing on some of their long term goals. “Our main goal this year is just to mainly develop as a group and to find our groove,” Anne explained. “I would also like to see each one of my students develop individually, and become more independent in their playing… They have all been doing such a great job so far, so I have no doubts that all of these goals are achievable.”

This year’s individuals have been showing great potential; however, the decreasing number of student participants has made an impact on the overall program. “Our class this year is definitely a lot smaller than it was last year,” Anne stated. “I worry sometimes that the program is struggling to hold students, partly because of the scheduling and timing issues kids have to figure out, but also because the program is not strong enough. I mean, the program has always been strong, and I think we create quality music that kids want to play and people want to listen to, but if there aren’t actually bodies to fill up the orchestra, then we create a whole new issue of sustaining the program.”
The orchestra, despite its small size, is still determined to achieve their goals. Anne stated that she feels her students “all have a great attitude, and are showing great improvement already.” She continued saying that “even though I put some new challenges on them that I’ve never put on my previous students, I have no doubts in their ability to handle it.”