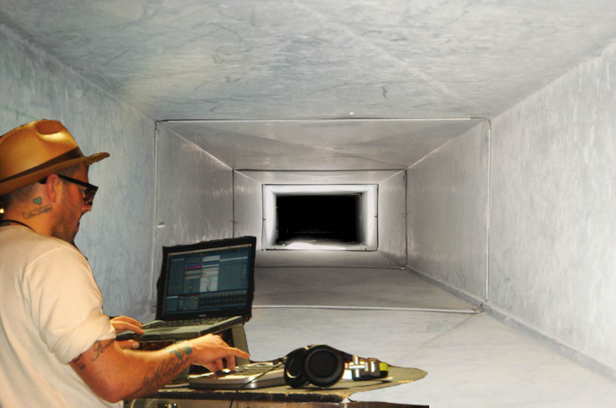 The music between classes we’ve all been missing has finally returned, thanks to DJ Duct.

DJ Duct hails from the mean streets of Montpelier, where he grew up in an upper middle class family with both his mother and father supporting him through his troublesome times. His start wasn’t the easiest, often booking gigs at Charlie-O’s, Skinny Pancake, and Positive Pie while receiving only 3 star reviews and minimal followers on his SoundCloud. His trusty Macbook, which his mother bought for him, holds all of his music and “sick beats,” as he likes to call them.

“Growing up was hard. I was given a Honda Accord when I turned 16, it didn’t even have seat warmers,” he said in an interview. “I started making music when I was 14, my parents bought me a Macbook and using Audacity and GarageBand, I made some of the sickest beats MontyP has ever seen.”

When asked why he was playing music in the vents, he responded simply by saying, “People need to hear my music and since I don’t have many followers on my SoundCloud, forcing them to hear it is the only other way.”