Final Security Still Has Been Released 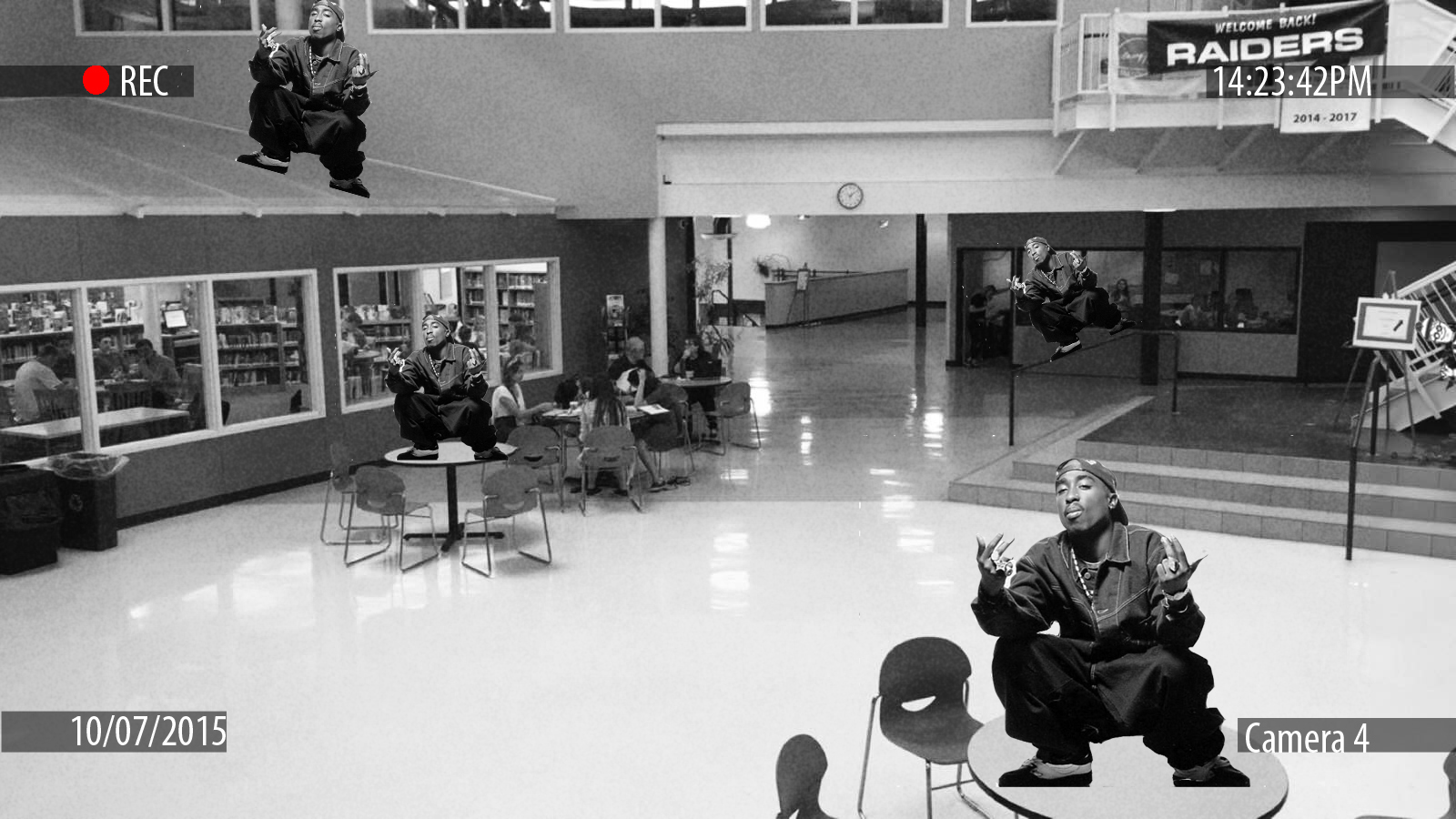 The Woolly Mammoth’s source has given us their final security still leak. As our source pointed out, you can plainly see multiple sightings of Tupac within our school’s atrium.

Now, some readers have given us comments saying that these stills are fake, but that is ridiculous. Our sources are very trustworthy, and Tupac HAS been seen within the atrium. I swear I saw him one time, he really was there. However, the administration is demanding we discontinue this series because it is “misleading” to our readers.

So, in conclusion, this is a very real — not fake, not photoshopped — picture of a very real sighting of four Tupacs, but it will be the last security still we will be allowed to release.